A (Brief) Recap of the Rest of The Amazing Meeting 2014

After Thursday, my weekend was mostly spent running around as usual and getting some awesome podcasts recorded that I think everyone will really enjoy! But if you’ve never attended or heard of The Amazing Meeting, here’s a (very brief) recap of how the rest of the weekend went for me. 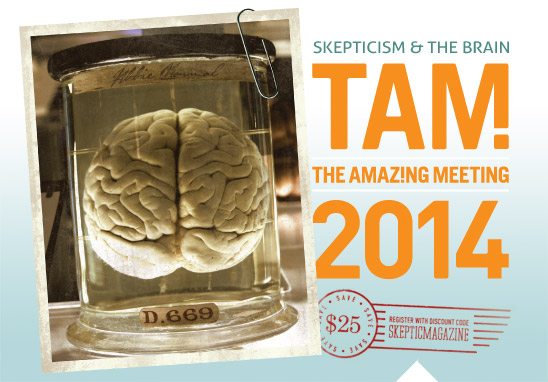 The theme for TAM this year was “Skepticism and the Brain,” which is an extremely interesting topic but one that also made my job a little tricky. The talks I heard were fun… but hard to easily recap here.

My sincerest thanks to everyone at #TAM2014 for helping @MikeyGreiff and I celebrate our engagement! pic.twitter.com/u0Sfolymwq

Then, at night, we heard from Bill Nye! Much to my disappointment, I wasn’t able to secure an interview with The Science Guy himself (apparently the Friendly Atheist Podcast doesn’t have the big-name draw one would expect after five episodes), but I have to say, his talk more than made up for it. 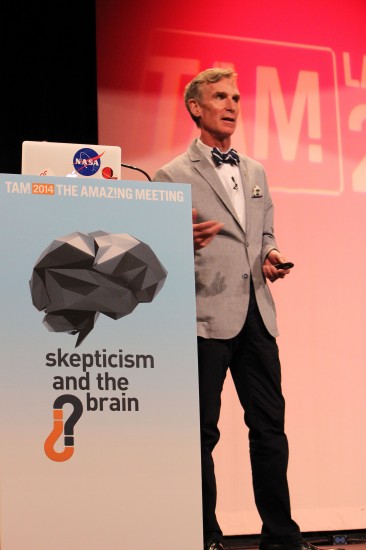 Holy cow, that guy is a compelling speaker. He chatted at length about his debate with Ken Ham and went into a few of his primary frustrations. Specifically, he talked about how there are stars we can see that are millions of light-years away, but we can see them. Which, by definition, means millions of years have passed, allowing the light to travel the distance to our eyeballs. Nye noted how he felt at this point that he was just talking way over Ham’s head and knew he was not getting though to him that night.

He also pointed to a few ideas he had that would — dare he say it — CHANGE THE WORLD! 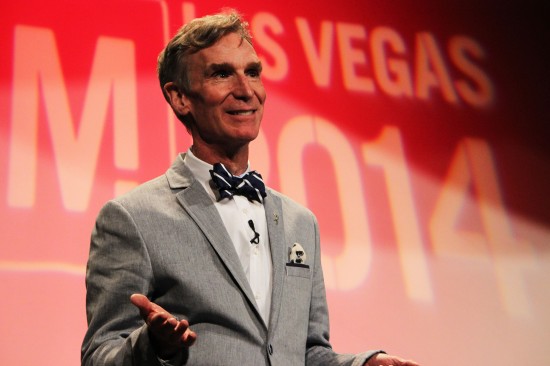 I’m hoping his talk gets put up online, because it was just remarkable.

Despite not being able to live blog every talk for you guys, I wanted to offer a couple of other reflections on the weekend:

Last year was my first TAM and I’ve been looking forward to coming back ever since. It did not disappoint. I’ve made some incredible new friends, had amazing conversations, and the feeling of community is just palpable. As I expressed during my conversation with a few of the women from Skeptic Ink (coming soon to a podcast near you!), I find myself with this amazing feeling while I’m there because it seems like everyone is a million times smarter than I am. But instead of feeling dumb or invalid in any way, I feel like I’m intellectually lifted by those around me.

I count myself extremely lucky to have attended the last two TAMs and I look forward to going in the years to come. I know it’s not cheap, but I would recommend attending if you can. It has become my happy place.

July 17, 2014 A Kickstarter for a Webcomic About Science and Pseudoscience
Browse Our Archives
What Are Your Thoughts?leave a comment