On his radio show yesterday, Bryan Fischer explained a new argument against evolution… and it may rival Ray Comfort‘s banana.

You know how your iPod earbuds get really tangled up no matter what you seem to do? Well, there’s research that shows when you put pieces of string in a box and shake it up, they inevitably get tangled up… and never the other way around.

And therefore, says Fischer, evolution makes no sense. The airtight logic begins around the 6:01 mark: 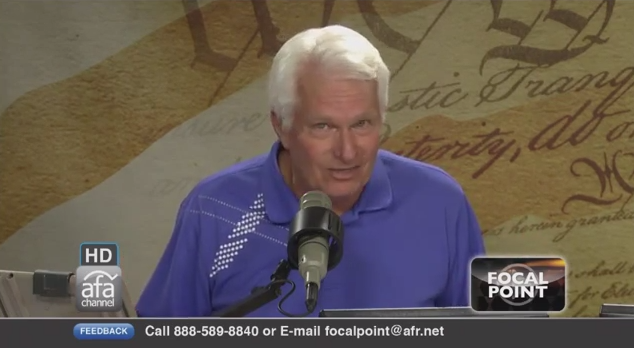 … when they take the lid off [the box of string], after all of these extensive random interactions, random collisions of these short pieces of string, they do not get beautiful bows, beautiful bow ties, artistically-designed origami-style string sculptures. They get a big giant mass of knots. It’s a box of completely random knots! There’s no design, there’s no beauty, there’s no intricacy, there’s no complexity, there’s no increasing order. What you get is something that is increasingly dysfunctional and non-operative.

And so, just thinking about knots is enough to make you realize it’s just folly to believe that everything around us could’ve happened through the random, undirected collision of atoms.

And that, children, is how evolution was proven false.

Of course, he fails to realize that living things that can reproduce and mutate are very different from inanimate strings… and that, with evolution, the “knots” that give the “string” a better chance of survival would continue to reproduce and mutate — a far cry from being dysfunctional and non-operative.

There’s Christian logic for you: If you can form an analogy, no matter how weak it is, it must be true. Forget science and fossils and DNA and all the evidence ever found. If someone could have just shown Darwin some string, we would’ve saved ourselves a lot of trouble.

July 15, 2014 This is How You Should Tweet When Your Baseball Team Runs a Promotion with an Atheist Group
Browse Our Archives
What Are Your Thoughts?leave a comment