Growing up as a conservative Christian, I always heard about those one or two kids who got sent away to special “camps” after they had “issues” with their families over things like their sexuality. They’d disappear for a semester or a year with little explanation or fanfare. They’d usually be quiet and withdrawn from church functions for a period of time beforehand, and then, poof! they’d be gone. 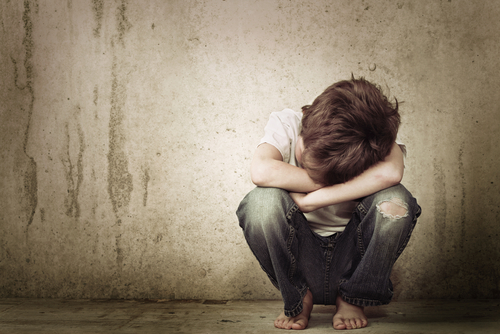 When they came back, they’d either be shiny-bright and smiley and give a testimony before the church about how they got saved from the error of their ways at camp, or they would be even more withdrawn and absent and eventually just disappear from the church scene (and sometimes from their families) altogether.

I never had a great feeling about what went on at those camps, and it wasn’t until years later when I was talking to a friend who went to one (in the U.S.) for a summer leadership training and ended up staying for over a year, that I had a better idea of what these places were like.

This past week, Newsweek covered the story behind Escuela Caribe, a Christian reform school in the Dominican Republic that’s the subject of a forthcoming documentary called Kidnapped for Christ.

Escuela Caribe, like many of these schools, is seen by many parents as a last resort to try and whip their kids into shape under the terms of the fundamentalist Christianity they espouse — a faith where homosexuality, depression, schizophrenia, and anxiety disorders are frequently written off as “rebellion” or “demonic possession.”

As a result, the kids sent to these places aren’t actually helped. The stressful environment coupled with no true accountability or regulation often creates an environment of systemic abuse, as the Newsweek report indicates:

By her second day at the school, [Deirdre] Sugiuchi’s image of a nurturing Christian boarding school was shattered when her “house father” made her perform exercises for hours.

“According to him, I had ‘an authority problem’ at home. He made me do bear crawls, pushups and duck walks. He had me hold my arms out balancing books until I cried from pain,” she wrote on a website dedicated to collecting the stories of survivors of the school. “We had 24-year-old male house fathers in a house full of teenage girls. I had a house father that used to watch me change clothes. I was constantly either being abused or seeing people be abused,” she tells Newsweek.

Swatting, or being struck on the rear with a wooden paddle, was among the disciplinary practices at the school, along with a “quiet room” where students deemed particularly insubordinate would be isolated for days with only a thin mattress. A system of points based on obedience kept students on different levels, and low-ranking students would be forced to ask permission to perform any task, and supervised at all times by higher-ranking students, including in the shower, Sugiuchi says.

“When I was there, at 17, I was a high ranker, and it was my job to make sure [low rankers] were properly washing their private parts in the shower. I had to make sure they soaped. That was how I spent my senior year,” she says. Phone calls to parents were recorded, and written letters were monitored. “They would do anything to keep you there.”

Escuela Caribe, which was closed in 2011, is just one of several New Horizons Ministries schools under scrutiny for abuse, as alumni have congregated online to tell their stories. One such site, The Truth About New Horizons Youth Ministries, states its purpose as:

We are a group of former students who have reconnected through the Internet and wish to share our collective experience at New Horizons. We range in age from our teens to our late 30s, and attended “The Program” between the mid-1980s and 2002.

New Horizons Youth Ministries Inc. purports to help adolescents through “Christian milieu therapy” but in fact does more harm than good. Most of our complaints center on Escuela Caribe, the boot camp located in the Dominican Republic, where we witnessed and experienced physical and emotional abuse, were subjected to young, untrained staff, and had our communication home monitored to keep us from divulging the truth to our families.

This is just part and parcel with the growing evangelical child abuse scandal, and I am grateful that producer and director Kate Logan got the documentary funded and out in the public eye. We need it badly.

July 14, 2014
A Catholic Doctor in Poland Refused to Perform or Facilitate an Abortion, so Warsaw's Mayor Fired Him
Next Post