A Catholic Doctor in Poland Refused to Perform or Facilitate an Abortion, so Warsaw’s Mayor Fired Him July 14, 2014 Hemant Mehta

A Catholic Doctor in Poland Refused to Perform or Facilitate an Abortion, so Warsaw’s Mayor Fired Him

Finally, some common sense at a Catholic hospital, but it’s not from within the walls.

Abortions are typically banned in Poland, but there are exceptions in certain instances like if the woman’s life is in jeopardy or if the fetus is seriously deformed or unhealthy. In the latter case, an abortion can be obtained only through the second trimester. If a doctor doesn’t want to perform the procedure, s/he must direct the patient to a different doctor who will. 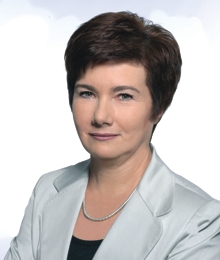 On Wednesday, Mayor Hanna Gronkiewicz-Waltz (above) of Poland fired the head of Holy Family Hospital, Dr. Bogdan Chazan, for ignoring those rules. A woman whose fetus had serious health problems wanted to obtain an abortion within the legally allowed timeframe — but Chazan not only refused to perform it, he didn’t tell her about her other options and made her take unnecessary medical tests that pushed her over the legal deadline for the procedure:

Prof Chazan sent the woman a letter saying he could not agree to an abortion in his hospital because of a “conflict of conscience,” and instead gave the woman the address of a hospice where, he said, the child could get palliative care once born.

The baby was born at a different hospital with, according to a doctor there, severe head and facial deformities and a brain that was not viable, conditions which the doctor said would result in the child’s death within a month or two.

Catholics are overwhelmingly standing in defense of Chazan, as if he’s some sort of martyr for the cause. Even the Archbishop of Warsaw, Cardinal Kazimierz Nycz, stated that this was a “dangerous precedent, violating the rights not only of Catholics but of all people.”

No rights were violated. Chazan couldn’t do his job or follow the law properly and he was correctly sacked as a result. Would he have acted the same way if the woman’s life was in jeopardy? No one was forcing Chazan to perform an abortion against his will. But he was required to provide his patient was all of her options. Instead of doing that, he forced his will upon her body, and a child will suffer a prolonged death as a result. Even if you’re anti-abortion, I don’t see how that’s a better option for the child involved.

Elected officials in the United States don’t have the power to fire incompetent doctors at Catholic hospitals who withhold vital information from their patients. But it’s good to see that, in Poland, there was some sense of justice, reinforcing the idea that a patient’s rights always come first (even if the law, as it stands, is draconian).

July 14, 2014 Child Abuse at Christian Boot Camps Exposed After Survivors Speak Out
Browse Our Archives
What Are Your Thoughts?leave a comment