Mark Regnerus, the Christian sociologist infamous for a miserably flawed study about LGBT parents, is upset. 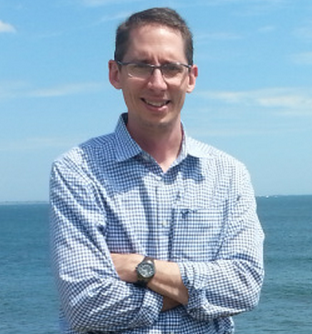 He’s upset because earlier this month, researchers from the University of Melbourne in Australia released the world’s largest study of same-sex parents and their kids. The study found that on certain measures, children of same-sex couples seemed better off than children of different-sex couples. Regnerus disagrees with those findings, as his own study will tell you. And he’s upset that we’re not as outraged as he is.

For those unfamiliar with him, Mark Regnerus is best known for the New Family Structures Study, a survey that attempted (and failed) to prove children of gay parents were poorly adjusted, traumatized for life, etc. This week, he published a scathing response to the Australian study in which he tries to discount it due to its “methodological weaknesses.”

But the problem, as you may know, is that nobody trusts Regnerus’ opinion of what is or is not scientifically sound. His study was denounced by the American Sociological Association (and by his own university) as fundamentally flawed in a number of unforgivable ways. When conservatives cite it as a reason to outlaw marriage equality or same-sex adoption, the argument ends quickly. In fact, this past March, when Michigan’s gay marriage ban was struck down, Judge Bernard Friedman said of Regnerus (who testified in defense of the ban):

The Court finds Regnerus’s testimony entirely unbelievable and not worthy of serious consideration. The evidence adduced at trial demonstrated that his 2012 “study” was hastily concocted at the behest of a third-party funder, which found it “essential that the necessary data be gathered to settle the question in the forum of public debate about what kinds of family arrangement are best for society” and which “was confident that the traditional understanding of marriage will be vindicated by this study”…

While Regnerus maintained that the funding source did not affect his impartiality as a researcher, the Court finds this testimony unbelievable. The funder clearly wanted a certain result, and Regnerus obliged.

Undeterred by his own lack of expertise, here’s what Regnerus has to say about the Australian parenting study:

… until social scientists decide to do the difficult, expensive work of locating same-sex attracted parents (however defined) through random, population-based sampling strategies — preferably ones that do not “give away” the primary research question(s) up front, as ACHESS did — we simply cannot know whether claims like “no differences” or “happier and healthier than” are true, valid, and on target. Why? Because this non-random sample reflects those who actively pursued participating in the study, personal and political motivations included.

Another reason for healthy skepticism is that the ACHESS participants — parents reporting about their children’s lives — are all well aware of the political import of the study topic, and an unknown number of them certainly signed up for that very reason. As a result, it seems unwise to trust their self-reports, given the high risk of “social desirability bias,” or the tendency to portray oneself (or here, one’s children) as better than they actually are. Again, it is impossible to know exactly how much of a problem such bias presents in this situation. But I think the temptation to report positive assessments could be elevated in this self-selected sample and on this sensitive topic. (In the end, the differences between the ACHESS parent reports and the population-based comparisons were more modest — about 3 to 6 percent — than I’d expect.)

But here’s the thing: That information has already been acknowledged by lead researcher Simon Crouch and the other researchers in the study itself. It may not be extensively discussed in the press, but the study’s constraints are no secret. (More on that below.)

Nonetheless, Regnerus thinks of himself as a sly tattletale who’s exposing the *homosexual agenda* once and for all. To further make his point, here’s why he thinks his study is a much better alternative for the casual reader:

Skepticism about the ACHESS sample is all the more reason to do a random study that doesn’t advertise its intentions beforehand. That’s exactly why the survey I oversaw, the New Family Structures Study (NFSS), elected to talk to the children after they had grown up, to skip the parents entirely to ensure a more independent assessment, not to broadcast our key research questions in the title or initial screener questionnaire, and to locate participants randomly in a large population-based sample. If you’ve been paying attention, however, you’ll know that my NFSS studies — which mapped 248 respondents who told us their mother or father had been in a same-sex relationship — came to rather different conclusions than the ACHESS study has.

Actually, if you’ve “been paying attention,” you’ll know that virtually no part of the scientific community stands behind the NFSS. ThinkProgress did an excellent job of outlining the problems with the Regnerus study in a nutshell, showing why it’s a completely inaccurate portrayal of LGBT families:

The Australian study isn’t perfect (not that any study of living, breathing humans can be). The researchers acknowledged some of the limitations of their work, as any decent researchers do when publishing a study. In fact, they discussed the very problem that Regnerus is trying to ignite, and explained precisely why there’s no way around it just yet:

… the use of a convenience sample to access the highest number of participants needed to be worked through carefully as there are no current options to access data through regular population surveys or administrative data sets. Every effort was made to recruit a representative sample, and from the limited data available about same-sex parent families it appears that the ACHESS sample does reflect the general context of these families in contemporary Australia.

Same-sex families are not integrated into all population surveys in the way that other families are (and you can bet it’s far easier to find information about the whereabouts of religious families than LGBT families). It is wildly more difficult to access information about same-sex families all across the board. (Spoiler alert: It’s because Christian extremists like Mark Regnerus have marginalized LGBT people for so long that our existence is only just beginning to be recognized by governmental institutions.) This isn’t some trick to only recruit happy families in order to cover up the unhappy ones; this is essentially the only way to reach people.

And the researchers weren’t done admitting the limitations:

The self-selection of our convenience sample has the potential to introduce bias that could distort results. It is clear that the families from the ACHESS are earning more and are better educated than the general population. This has in part been allowed for in the statistical analysis by incorporating numerous control variables that are recognised to have an impact on child health outcomes but the results should be read with these differences in mind. If systematic bias was at play however, it would be anticipated that all outcome variables would demonstrate higher scores across the sample. As it is, only three key variables on the CHQ demonstrated significant difference, and none of the scale scores from the SDQ.

In the same section, the researchers point out that while parent-reported measures of a child’s health are problematic, this is the same data collection method that was and is used in the general population surveys to which their data was compared. No surprises here.

Nobody — especially not the authors of the study — is trying to hide these shortcomings; it’s the media’s fault if the coverage is flawed or overhyped. The figure that made headlines was that children of same-sex parents scored 6% higher than the population on measures of “general health and family cohesion,” and in most headlines, that translated to “happier and healthier kids.” (I admit I did it too!)

Bobby Ross Jr. at Get Religion points out a few examples of where publications skimmed over some of the details and says only a few of them had offered any criticism:

But before we all get too excited about this research, the Post did include a quick, obligatory note of caution:

But Benjamin Siegel, professor of pediatrics at the Boston University School of Medicine, said there are limits with such research. He told BU Today last year that none of the studies has been a randomized, controlled trial and that all studies on same-sex parenting are small since there aren’t as many same-sex parents.

There are limits, huh? Well, not if you read the Globe story, which manages to avoid such irritating naysaying.

Okay, fine. Making a sweeping statement without acknowledging room for error is irresponsible, and plenty of reputable sources are guilty of it (often, and with other stories, too). But criticizing the media isn’t the same thing as criticizing a study because you don’t like its results.

Mark Regnerus is crying wolf because scientists aren’t backing away from this survey like they did his. The Australian survey isn’t the first look at LGBT parents and it won’t be the last, but this temper tantrum won’t make a difference in how the work is being done. Regnerus is only making himself look bad, and ultimately, that’s much better for us.