This is What Cafeteria Christianity Looks Like July 10, 2014 Hemant Mehta

A while back, I posted an Atheist Voice video in which I posed 78 questions for Christians to think about.

Well, Christian YouTuber James Patrick Holding has started to answer them. And the only reason I’m posting them here is because of this screenshot: 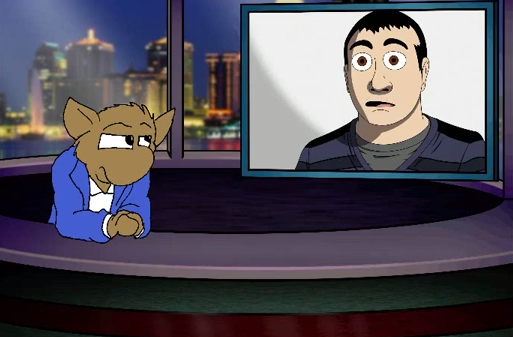 Okay, that’s not the only reason I’m posting it.

When you have to spend more than a minute explaining how Anne Frank and Mahatma Gandhi are in Hell but that doesn’t mean Christians are heartless bastards, you’ve already failed.

The whole video shows you what cafeteria Christianity looks like, when you just borrow a little bit from a whole variety of beliefs (in this case, including those that aren’t even biblically supported). Holding makes up his own theology based on what sounds nice, without any regard for whether there’s any evidence for it. He’s just grasping at straws.

(***Update***: I attributed the video to the wrong person earlier. His name has been updated in the post.)

July 10, 2014
Rep. Louie Gohmert, Who Thinks Climate Change is a Hoax, Explains Why Atheists are Intellectual Inferior
Next Post

July 10, 2014COSMOS: A SpaceTime Odyssey Receives 12 Emmy Nominations
Browse Our Archives
What Are Your Thoughts?leave a comment