The (Actual) Runner-Up Religion of America

Last month, the Association of Statisticians of American Religious Bodies released a map showing the second-largest religious group in every state (after Christianity): 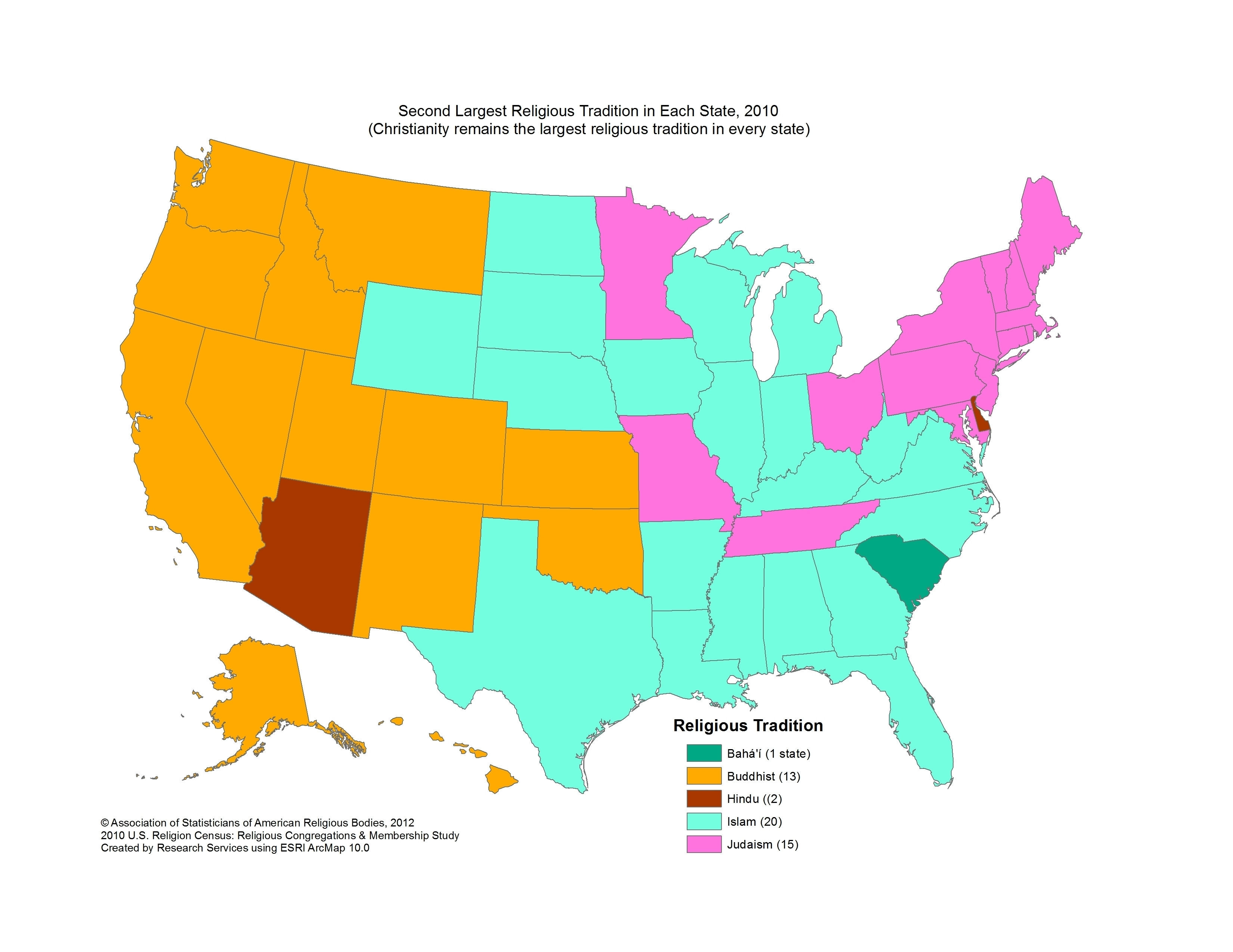 That surprised a lot of people — Islam? Buddhist? Baha’i? Who knew those were so popular?

So, using the data from the 2008 American Religious Identification Survey, I created a new version of that map, this time including “Nones”: 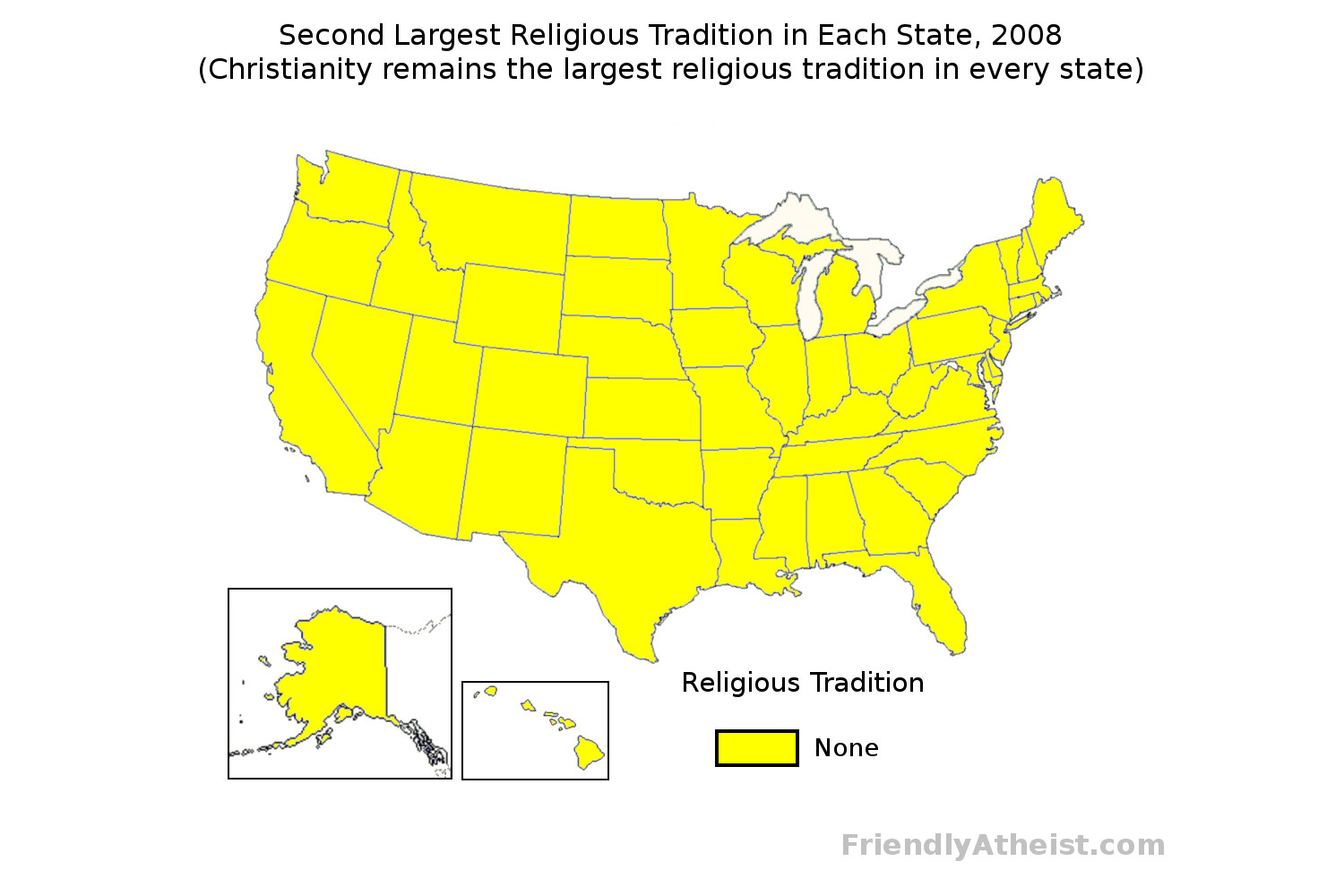 Turns out people who don’t believe in God or (more likely) who just don’t use a religious label are pretty popular.

(I would actually love to see how people who are atheists/Agnostics stack up against the minority faith groups, but that information doesn’t seem to be publicly available.)