Christian Pastor Who Tortured a Child Will Spend No More Than Two Years in Prison July 9, 2014 Hemant Mehta

Here’s what I know about the Heart of Worship Community Church in Corona, California: Its members love Jesus, its website needs a lot of help, and the pastor is fucked up.

This is what Pastor Lonny Lee Remmers (below), along with two church members, did to a 13-year-old boy in 2012 because he needed to be “disciplined”: 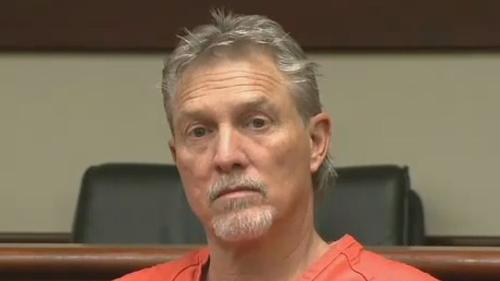 … The alleged incidents occurred in March and included [church members Nicholas James Craig and Darryll Duane Jeter Jr.] driving the unidentified boy to a desert and forcing him to dig his own grave for more than an hour. They allegedly hit him with a belt and threw dirt on him before returning to the group home.

While the boy was showering, one of the men allegedly rubbed salt into the cuts on his back. Witness Steven Larkey, who lives in the group home, told investigators he could hear the boy screaming and saw blood all over the shower the next day.

The boy, who was later taken into protective custody, also told police he had been stripped, tied to a chair and sprayed with Mace. Because he was not allowed to wash or cool off with water for half an hour, his nose began to bleed, and his thrashing from the pain caused the blood to splatter.

At a Bible study later that evening at Remmers’ home, Remmers asked the boy to sit in the middle of the group and then squeezed his nipple with pliers.

What’s the proper punishment for the abuse and torture of a little boy? A life sentence? A couple of decades behind bars?

Not even close. The men of God will receive, at most, up to two years in prison and some probation. That’s it. In most states, you get a harsher penalty for selling weed.

The lesson is clear: If you’re committing a crime, just remember to do it in the name of Jesus.