The New York Times‘ Mark Oppenheimer, who in the past couple of months has profiled atheist author S.T. Joshi and ex-Muslim activist Heina Dadabhoy, continues that trend with a piece about Sarah Jones (below) of Americans United for Separation of Church and State who only a few years ago was a student at a fundamentalist Christian college: 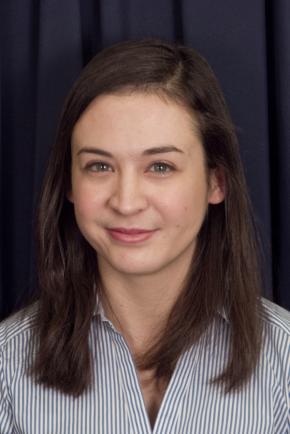 “My parents identify themselves as fundamentalist Christians,” Ms. Jones said. “I was home schooled most of the way through. I didn’t have any contact with people outside my church or any friends who were in public school — little to no contact with the outside world.”

When she was 21 and a junior at Cedarville [University], she realized that she did not believe in God anymore, and she stopped going to church. She remembered thinking: “I am trying to put on someone else’s clothes. They were not mine.”

Part of what pushed her over the edge was how the school treated women, even suggesting in no subtle way that they were partly to blame in cases of sexual assault:

Ms. Jones said that she had lost her faith before the sexual assault, but that the school’s Christian culture had made it more difficult for her to seek justice. “One of the reasons I didn’t report it is because my boyfriend knew I was no longer a Christian,” she said. She feared that if he revealed her apostasy, she would be expelled.

One year, she said, the campus abstinence group held a panel on “modesty,” in which the male panelists castigated women for wearing pajamas to the dining hall and thus tempting men. “I was wearing pajamas when I was attacked,” Ms. Jones said. “To attach so much shame to something like pajama pants — how can you address something like sexual assault?”

It’s a profile that reveals both how brave Jones is and how frightening those kinds of Christian institutions can be when you have the audacity to think differently.