Kentucky State Senator: Mars Has the Same Temperature as Earth, so Climate Change is a Hoax July 7, 2014 Hemant Mehta

Kentucky State Senator: Mars Has the Same Temperature as Earth, so Climate Change is a Hoax

I didn’t realize Kentucky was holding a contest to replace Rep. Louie Gohmert as the dumbest elected official when it comes to climate change. But apparently they are and they have a candidate who might defeat him: Republican State Senator Brandon Smith: 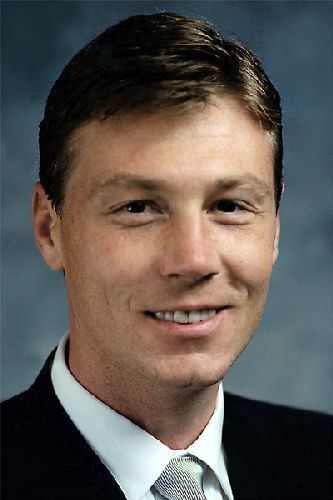 Smith is a member of the Interim Joint Committee on Natural Resources and Environment, which met last Thursday to discuss new regulations from the Environmental Protection Agency that would limit carbon dioxide emissions from coal plants. Even though none of Kentucky’s coal plants would be shut down as a result, committee members were eager to point out that reason for the changes — to curb the effects of climate change — was pointless to begin with since it’s all a great big hoax:

“All this stems, this carbon capture, all this other stuff, it stems back to a scare, generated years ago about global warming,” said Rep. Stan Lee, a Republican from Fayette County. “Finally it turned out there hasn’t been global warming in 15 or 20 years, then they changed the name to climate change.”

[Rep.] Kevin Sinnette, a Democrat from Boyd County, complained that the discussion always seems to be about “save the bees, save the trees (and) save the whales.” He said climate has always been changing and the world adapts.

“The dinosaurs died,” he said. “The world adjusted.”

To quote the Wonkette blog, “No explanation was provided by Representative Sinnette as to how it is any comfort to humanity if we are the ones that go extinct.”

(The committee, by the way, is co-chaired by Democrat Jim Gooch, a climate change denier himself.)

But all of that was just a prelude to the unbelievable claim made by Sen. Smith to an official from the Energy and Environment Cabinet:

“I don’t see you as being one of the enemies. I know you’ve got a very tough job to do. As you sit there in your chair with your data, we sit up here in ours with our data and the constituents and stuff behind us. I don’t want to get into the debate about climate change, but I will simply point out that I think in academia, we all agree that the temperature on Mars is exactly as it is here. Nobody will dispute that. Yet there are no coal mines on Mars. There’s no factories on Mars that I’m aware of. So I think what we’re looking at is something much greater than what we’re gonna do.”

I’ll repeat that: The temperature on Mars is the same as the temperature on Earth — no one will dispute that — but we don’t regulate coal mines and factories on Mars, so why are we bothering with that on Earth? We’re all part of academia here, amirite?!

Phil Plait also adds some sanity to the mix:

Ironically, if Mars ever did have the same temperature as Earth, it would be due to global warming from the greenhouse effect. The atmosphere of the Red Planet is less than 1 percent as thick as Earth’s, but it’s mostly carbon dioxide. That gas raises the planet’s temperature a few degrees. On Earth, given our distance from the Sun and other factors, the average temperature should hover around freezing. Thanks to greenhouse gases like CO2, it’s far more clement… but since we’re adding huge amounts of carbon dioxide to our air, it won’t stay that way for much longer.

What’s scary is that Brandon Smith has been in office for a while now, as LEO Weekly‘s Joe Sonka reminds us:

… Smith is an actual elected official in Kentucky’s state Senate, who has been elected to this position twice by real Kentucky voters, and served four terms in the House before that.

He’s the Majority Whip in the Senate, too, a position of at least some power. And, as we are well aware of now, he’s on a committee dealing with the environment despite thinking that climate change is a hoax due entirely to numbers he pulled out of his ass.

(Thanks to Kathleen for the link)