A Debate on Whether or Not the World is Better with Christianity July 7, 2014 Hemant Mehta

Unlike the recent debate over God’s existence between Matt Dillahunty and Sye Ten Bruggencate, where two people spoke right past each other and only one (Matt) seemed interested in facts, here’s a much better debate between an atheist and a Christian.

During ReasonFest this past spring, Dan Barker of the Freedom From Religion Foundation debated Park Hill Baptist Church Pastor Eugene Curry on the topic: “Is The World Better With Christianity?”

It’s a much better debate, as far as debates go, even though I felt there was a very clear winner. (Take a guess!) 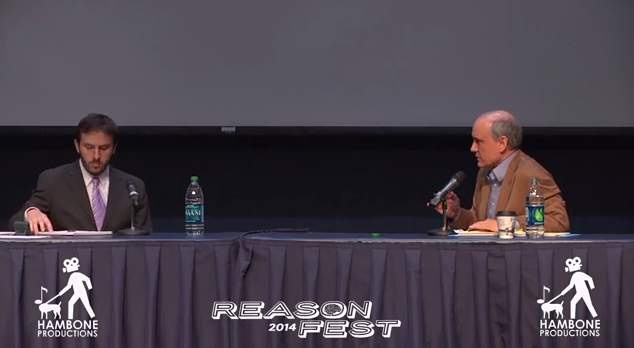 If any moments stand out, please leave a timestamp/summary in the comments!

July 7, 2014
This is What We Call Christian Morality?
Next Post

July 7, 2014 Major Study Shows Kids of Same-Sex Parents Are Happier and Healthier
Browse Our Archives
What Are Your Thoughts?leave a comment