This wonderful photo of a student mocking notorious campus preacher Brother Jed has been making the rounds online, especially after it received a stamp of approval from George Takei: 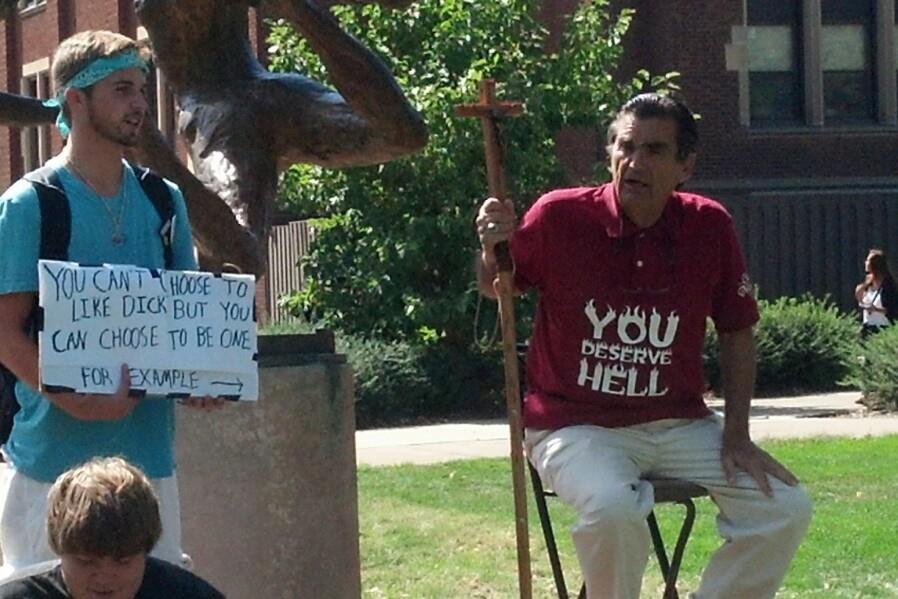 You can’t choose to like dick but you can choose to be one. For example —>

In case you’re curious, that took place at the University of Wisconsin-Eau Claire in the fall of 2012. Several days ago, I asked the student holding the sign some questions about the reactions he received (then and now) but he hasn’t responded to me yet (which is also why I don’t feel comfortable mentioning his name). However, a representative from the school’s Secular Student Alliance did write back to tell me, “As far as the reception that the sign got, it was pretty popular among students passing by. Many people stopped to take pictures of him and with him.”

It’s just a perfect example of humor used as a weapon against bad ideas.

July 6, 2014
Are the Countries That Contribute the Most Good to the World Also Home to More Atheists? Let's Find Out
Next Post

July 6, 2014 Five Good Reasons to Promote Atheism
Browse Our Archives
What Are Your Thoughts?leave a comment