Are the Countries That Contribute the Most Good to the World Also Home to More Atheists? Let’s Find Out July 6, 2014 Hemant Mehta

Are the Countries That Contribute the Most Good to the World Also Home to More Atheists? Let’s Find Out

The “Good Country Index” recently released a list of 125 countries, all ranked in order of how much “good” they contribute to the world, based on factors such as international peace, prosperity/equality, culture, science/technology, etc. Business Insider then created a nice visual representation of the top 30 countries on that list.

In 2012, WIN-Gallup International released a global survey on religiosity, in which 57 countries were ranked according to what percentage of citizens called themselves “religious,” “not religious,” and “convinced atheist.”

So I put the two together. Just to see if there was any correlation. 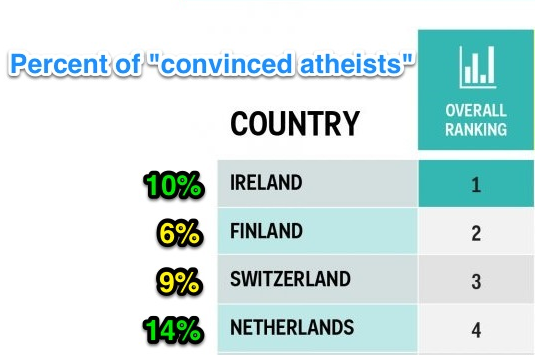 Here’s what I did: I wanted to know where those top 30 “good” countries appeared on the “convinced atheist” list. (Keep in mind that 6% is a pretty high percentage of atheists in any country.) Using BI‘s chart, I added in the percentage of “convinced atheists” whenever possible. The top tier of atheistic countries are represented by green numbers, the next tier is in yellow, and the lowest tier is in red.

As you can see, a lot of those “good” countries have relatively high levels of atheism (click to enlarge): 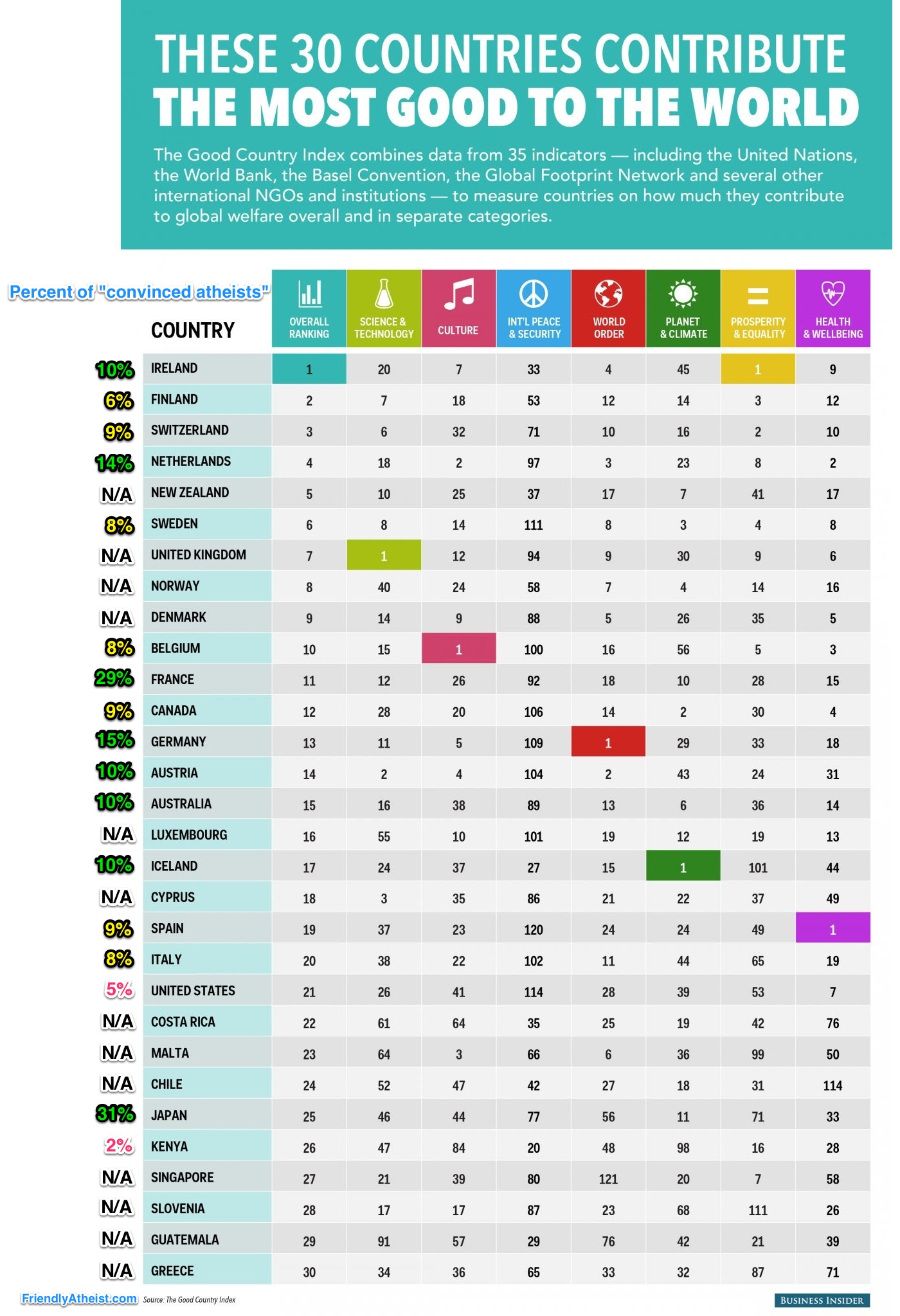 What does it mean?

Well… not that much, really.

China, which has the highest percentage of atheists in the world (47%) is ranked 107 on the “Good Countries” list. (China doesn’t exactly scream “religious freedom.”)

In fact, just about all the countries that are considered really “good” have democracy and freedom of religion. You’re allowed to say you’re an atheist without worrying that your life is in danger, so of course those numbers are likely to be higher.

More atheists don’t necessarily make your country better, but more people comfortably saying they’re atheists is a sign that your country is great in plenty of other ways, too.

(Thanks to Leif for the idea)

July 6, 2014
Two High School Students Investigate How a Pro-Creationism Cartoon Ended Up in a Biology Teacher's Lesson
Next Post