Because it wasn’t enough for Hobby Lobby to deprive female employees of comprehensive contraception coverage, Rick Warren and more than a dozen other Protestant and Catholic leaders are now demanding that President Obama give religious companies with federal contracts the ability to discriminate against LGBT employees. Because if the Supreme Court can bend over backwards for Yahweh, so can Obama, right? 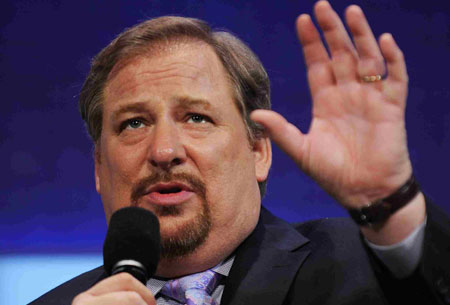 It all has to do with an upcoming executive order that Obama said he would sign. The order would ban all federal contractors from discriminating against employees because of their sexual orientation or gender identity. Because we don’t know what the order will say, the faith leaders are trying to make sure it doesn’t apply to religious groups. Because Jesus loves to discriminate. (The Employment Non-Discrimination Act, which the Senate passed last fall but the do-nothing House hasn’t acted upon, includes the religious exemption.)

The hypocrisy comes through loud and clear in their letter to the President:

We have great appreciation for your commitment to human dignity and justice, and we share those values with you. With respect to the proposed executive order, we agree that banning discrimination is a good thing. We believe that all persons are created in the divine image of the creator, and are worthy of respect and love, without exception. Even so, it still may not be possible for all sides to reach a consensus on every issue. That is why we are asking that an extension of protection for one group not come at the expense of faith communities whose religious identity and beliefs motivate them to serve those in need.

Religious organizations, because of their religious faith, have served their nation well for centuries, as you have acknowledged and supported time and time again. We hope that religious organizations can continue to do so, on equal footing with others, in the future. A religious exemption in your executive order on LGBT employment rights would allow for this, balancing the government’s interest in protecting both LGBT Americans, as well as the religious organizations that seek to serve in accordance with their faith and values.

“We agree that banning discrimination is a good thing,” which is why we want to make sure religious groups get the unique right to discriminate. Yep. That makes perfect sense.

If we were talking about a courageous group of leaders, which these people most certainly are not, the letter might’ve said something different:

“We understand our congregations and religion-based companies are not going to become welcoming and tolerant anytime soon, which is why we support a full ban on all LGBT discrimination for companies with federal contracts with no exceptions. Our fellow brothers and sisters in Christ won’t all be happy, but we know the fastest way to become a more equal society is to eliminate discrimination for good. We’re the obstacles in your path and we’re happy to get out of the way.”

Okay, so I’m in a fantasy world. Christian leaders would never do that.

It’s just incredible what these standard-bearers for goodness are asking for: They’re arguing that religious groups will be unable to do their jobs and not even bother to apply for federal contracts if they’re not allowed to treat LGBT Americans like shit.

Michael Wear, who worked for Obama and led his faith outreach during the 2012 campaign, said to the Atlantic that “This is not an antagonistic letter by any means.”

Not in the signers’ minds, of course. These are the same people whose mental compartmentalization allows them to say in the same breath, “We love gay people” and “homosexuality is a sin.” These are not moral, loving people we’re talking about.

If your church or company can’t do its job because the staff might have to work alongside gays and lesbians, then don’t apply for a federal contract. It’s that simple. Other groups will just have to step up and take over. If you want to treat LGBT Americans like second-class citizens, do it within your church walls — as usual. We don’t expect any better.

But don’t ask for permission to be assholes and expect anyone to sympathize with you.

No church will be harmed if Obama doesn’t issue a religious exemption. If he does include it, though, he will be perpetuating the harm that many of these churches — including Warren’s Saddleback Church — have caused to people across the country.

July 2, 2014
These Pastors Have Huge Paychecks... and Spend Them on Mansions, Luxury Cars, and Bling
Next Post