Why Are These Wilkes-Barre (PA) City Officials Placing Banners About Religion Where Few People Can See Them? June 30, 2014 Hemant Mehta

Why Are These Wilkes-Barre (PA) City Officials Placing Banners About Religion Where Few People Can See Them?

Earlier this year, in anticipation of both the National Day of Prayer and National Day of Reason, atheist Justin Vacula of the NEPA Freethought Society went to the Wilkes-Barre (Pennsylvania) City Hall, gave them a check for $50, and handed them a banner reading “Nothing Fails Like Prayer” to put up in the public square. That banner was supposed to go up on April 28. For whatever reason, city officials didn’t put it up until three days later… but at least it went up, right? 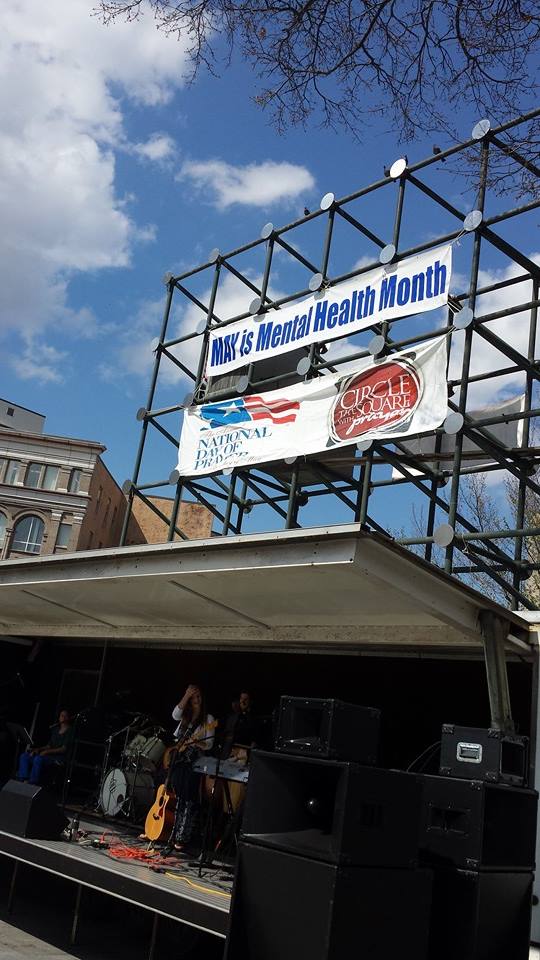 Well, to see it, you’d have to walk around the other side. The side that no one in the Square could see. 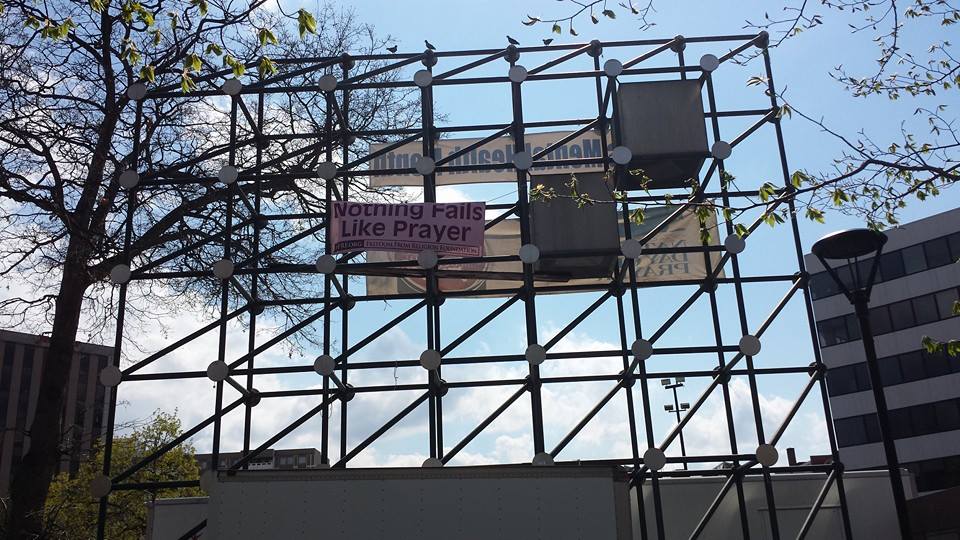 That’s where city officials placed it, despite Justin following all the rules they set out.

Keep in mind there was plenty of space on the front side. (In fact, on St. Patrick’s Day, the city hung six banners on the front side of that scaffolding.) It seemed pretty obvious that city officials just didn’t want people to hear a message that went against the popular Day of Prayer.

When Justin confronted city officials about their decision, they gave him a giant runaround, admitting they had no good justification for why his banner was given a less-than-prominent placement. They moved his banner to the front… but only after the National Day of Prayer event was over and the time for the banner to be effective had passed.

And now, it seems, they’re trying to cover their own asses.

A group called the The Lay Servants of the Immaculate Heart Of Mary decided to put up a banner of their own in the Public Square (clearly in response to Justin’s banner). It reads:

The Lay Servants Of The IMMACULATE HEART OF MARY 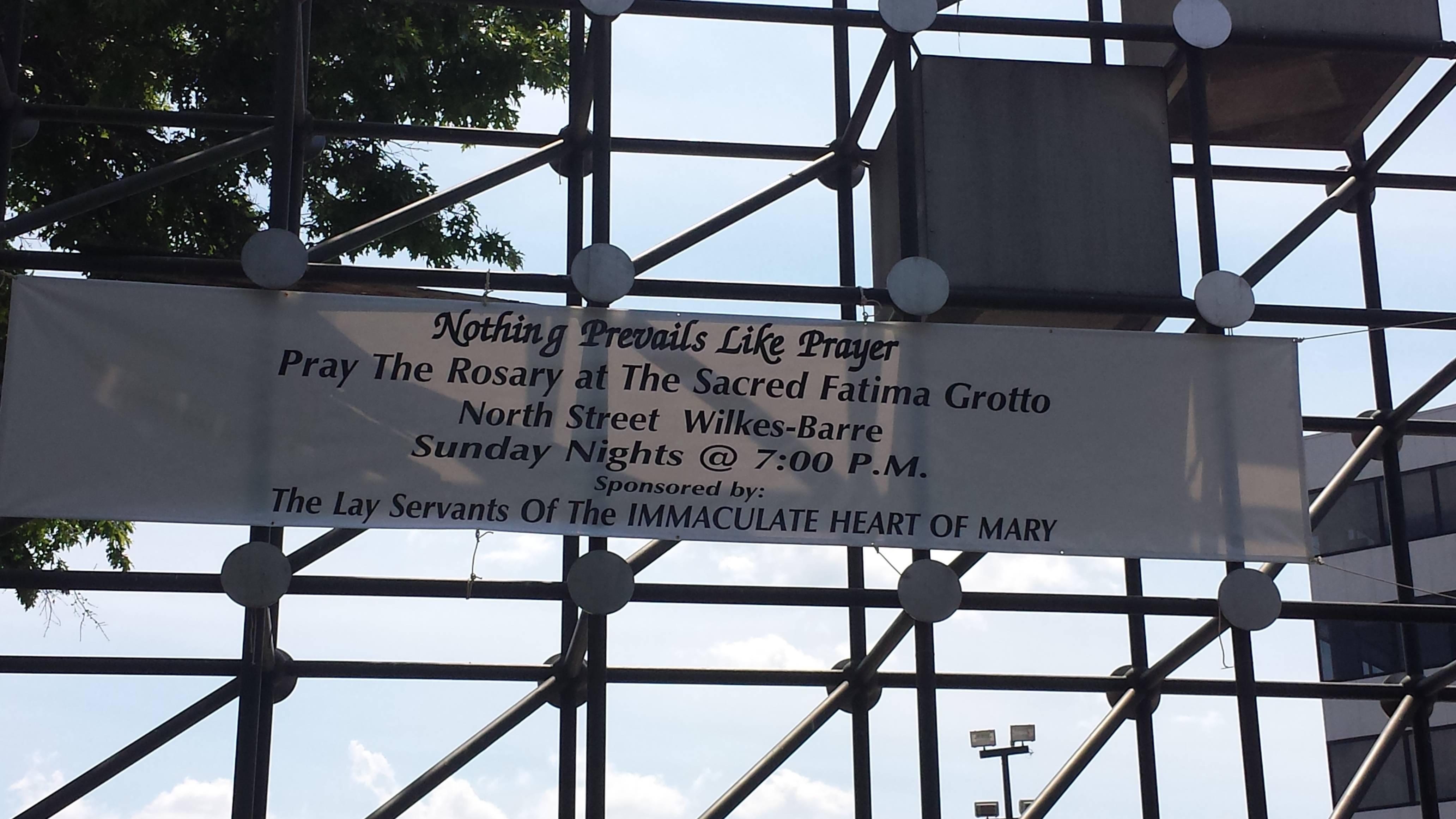 What’s strange is the placement of the banner: It’s on the backside of the scaffolding, just as Justin’s was before. And it’s not like there’s no room on the front.

Will city officials now, displaying this new banner unprominently, use this as reason to openly discriminate — as they already have seem to have done — on the basis of viewpoint by placing certain banners, whether they be mine or others, at their discretion with little to no accountability or oversight, out of prominence?

Can you see the city officials now? Oh, we always hang banners about religion on the back of the scaffolding. We began that policy after a Christian group’s Day of Prayer banner was placed on the front.

I sent an email to city council members yesterday asking about how decisions are made regarding banner placements. I also emailed the church and asked if they were aware of the less-than-prominent placement. As of today, I haven’t received a response from either group.

***Update***: The director of communications for the Immaculate Heart of Mary (Sisters of IHM) in Scranton told me she was unaware of the Lay Servants:

I have no idea who the Lay Servants of IHM are or who ordered/paid for/displayed the banner.

I contacted a treasurer involved with the group responsible for the banner… We had a phone conversation in which she told me a person from her group contacted the city. The city said there was a mistake and would place the banner on the front side of the scaffolding structure. I informed the treasurer, as I did in my blog post, after I identified myself, that I think all banners should be placed on the front side of the scaffolding structure and that I would contact City Hall if no changes are made.

(Parts of this article were posted earlier)