Humans of New York is a massive photo blog featuring the often-fascinating portraits of street photographer Brandon Stanton. Stanton, who has more than 7,000,000 followers on Facebook, also does quickie interviews with the strangers he captures. He knows how to get them to open up about things that matter. Take this one: 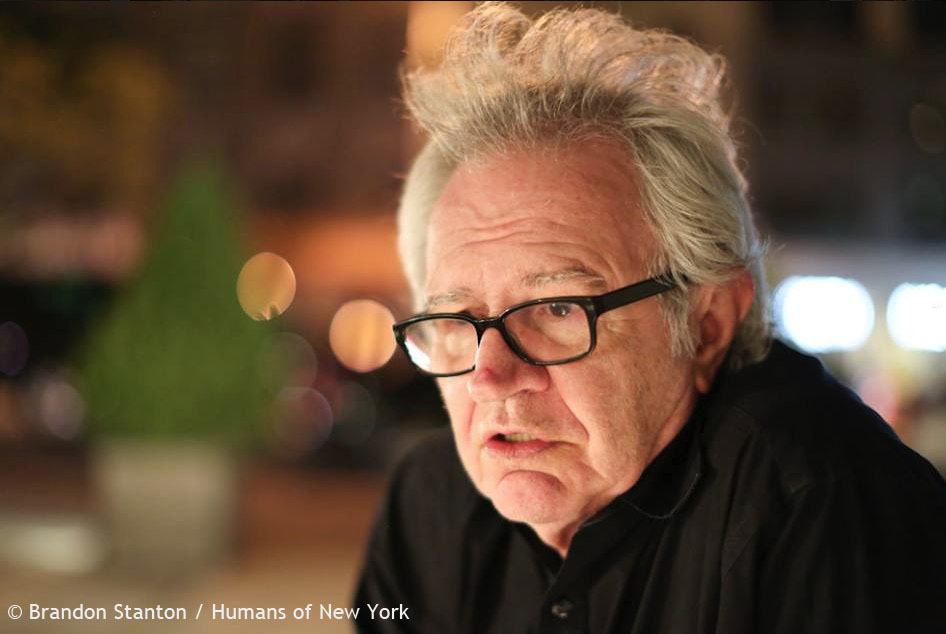 That’s one of Stanton’s latest photos. His subject is a former pastor who lost his faith:

I’ve been a deep believer my whole life. 18 years as a Southern Baptist. More than 40 years as a mainline Protestant. I’m an ordained pastor. But it’s just stopped making sense to me.

You see people doing terrible things in the name of religion, and you think: ‘Those people believe just as strongly as I do. They’re just as convinced as I am.’ And it just doesn’t make sense anymore. It doesn’t make sense to believe in a God that dabbles in people’s lives. If a plane crashes, and one person survives, everyone thanks God. They say: ‘God had a purpose for that person. God saved her for a reason!’ Do we not realize how cruel that is? Do we not realize how cruel it is to say that if God had a purpose for that person, he also had a purpose in killing everyone else on that plane?

And a purpose in starving millions of children? A purpose in slavery and genocide? For every time you say that there’s a purpose behind one person’s success, you invalidate billions of people. You say there is a purpose to their suffering. And that’s just cruel.

I hope this newly-minted non-believer — who remains anonymous, like almost all of Stanton’s subjects — finds his way to the comforting community of the Clergy Project, where he’ll be in the company of more than 600 other honest men and women of the cloth who could no longer live with the severe cognitive dissonance that religion imposes.