Fighting Religious Battles… That Take Place Entirely in Your Mind

Last month, former Entertainment Weekly staffer Grady Smith wrote on his blog about the secret he hid from his colleagues for so long: 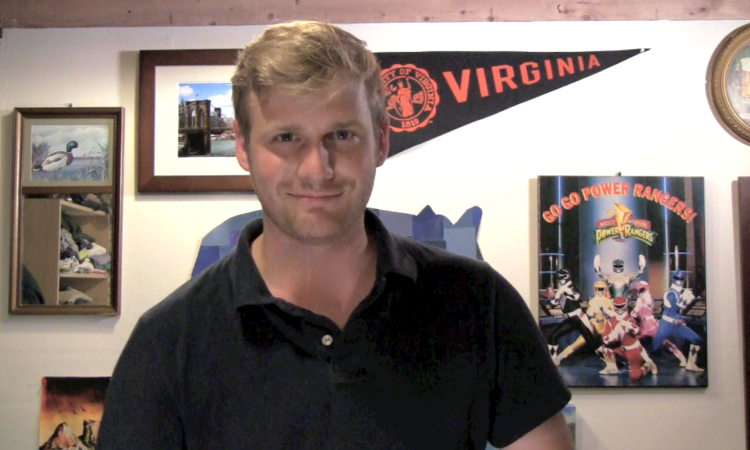 When I worked at Entertainment Weekly, I hid almost every aspect of my faith from my co-workers. I was okay letting it slip that I attended a church, but I didn’t like to go any deeper than that. I preferred to be thought of as a dorky square rather than an explicitly religious person because I was terrified I’d be rejected if I actually expressed my beliefs. Obviously, it’s no secret that most people in the media — especially entertainment media — are very liberal, and as a brand new college grad getting my first taste of the New York working world, I didn’t want to rock the boat by fully owning my identity as a Christian man. I assumed people would equate that with being an arrogant Southern conservative, so I kept my mouth shut.

Just so we’re clear, that’s not Christian persecution. That’s fictional persecution taking place only in Smith’s mind. There’s no evidence whatsoever that Smith would’ve been treated differently if people found out how devout he was.

A few days ago, he posted a follow-up in which he admitted another secret: He’s a gay Christian:

Now, I choose to not act on my gay desires because I think scripture makes it pretty clear that that’s not God’s ideal plan for people. I’m not angry or jaded about that fact, nor do I look at sacrificing my own sexuality to God as a tragedy. To me, it’s simple obedience — and it is not shame-based. I know that I was fearfully and wonderfully made by God. Heck, I was created in His very image! (And so were you!) But, like every other Christian that’s ever lived, I’m simply in the ongoing process of learning how to not give in to every natural desire that I feel — whether that has to do with sex or not.

Okay, so Smith has a lot of purely-self-inflicted wounds here. He worried (for no good reason) how people would react at work if he opened up about his faith, and now he’s depriving himself of happiness because he (wrongly) thinks (a) God (that doesn’t exist) is deeply concerned about his sexuality.

Obviously, it’s his decision to make. I don’t particularly care whether he chooses to be celibate or not. And I don’t feel bad for him since he brought these problems on himself. (His pastor, on the other hand, should feel awful. But probably doesn’t.)

The post in itself is a shame. Smith accurately points out a great many flaws in the church, such as the special level of judgment leveled at homosexuals and the philosophical bankruptcy of “Love the sinner, hate the sin.” Unfortunately, rather than strongly stand by a statement saying the church and Bible are just flat-out wrong on homosexuality — just as they were with slavery — Smith accepts that his teenage addiction to pornography (colloquially known as “being a teenager”) and his attraction to men and the wrongness of same-sex desire are in fact sinful flaws within his imperfect human self, but the church should just be nicer about pointing it out.

Smith posted a video on YouTube in which he talks about his faith and sexuality; he says more videos will come.

I hope he eventually figures out that he doesn’t need to suppress his sexuality to please his god — and that even other Christians have said as much. I also want him to realize that people are less concerned about his faith and more concerned with how his beliefs take root in the real world. If he’s a gay man leading a fight against marriage equality, then we’ll have a loooooong conversation. We’ll care at that point. Until then, he just needs to work through these obstacles he’s created for himself.

It’s all just more evidence of the pernicious mental abuse religious dogma can have on certain people.

June 30, 2014
Conservative Christians Are Losing the Culture Wars and They Don't Seem to Understand Why
Next Post