Another Christian Movie All About How Christians Are Persecuted in America June 25, 2014 Hemant Mehta

Another Christian Movie All About How Christians Are Persecuted in America

Rarely is an entire movie invalidated by the first few seconds of its trailer.

But that’s the case with One Generation Away, a film produced by Rick Santorum‘s EchoLight Studios that’s all about how Christians are being “persecuted” because they don’t get to push their faith in places like public schools. 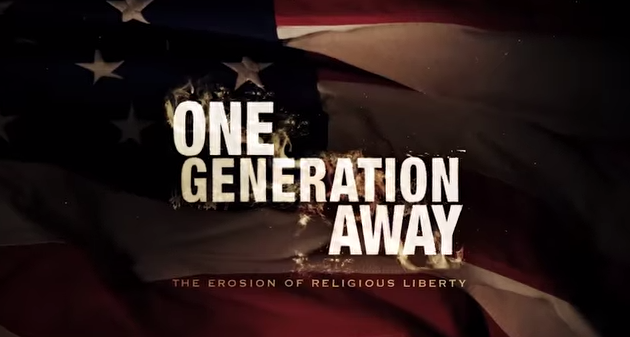 The beginning of the trailer, as you can hear, features a reading of the Establishment Clause of the First Amendment: “Congress shall make no law respecting an establishment of religion, or prohibiting the free exercise thereof…”

No government establishment of religion. You can practice it privately, and they can’t stop you, but public schools and city councils and Congress can’t promote your beliefs for you.

(To paraphrase something Supreme Court victor Ellery Schempp once said, the word “religion” appears twice in the Constitution, and both times, it’s preceded by the word “no.”)

Persecution Complex: The Movie comes out in September.

(Thanks to @AmaLeniter24 for the link)

June 25, 2014
What Made Saudi Arabia Panic at the UN Human Rights Council?
Next Post