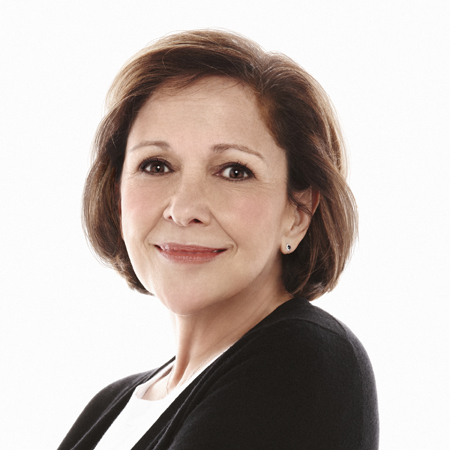 Whenever Ann Druyan appears in the media, you want to pay attention. The co-creator of both versions of Cosmos and wife of the late Carl Sagan, she has a way of communicating the beauty and wonder of science and inquiry that is utterly compelling. Despite that, very few know who she is. That subject was touched upon in an interview she just did with Andrew O’Hehir at Salon, where she seems to mainly find the fact that she’s overshadowed by celebrity men of science men amusing.

I am a little bit surprised when critics, who I think are more likely to read the credits with some degree of attention, talk about the show as if Neil has had something to do with its inception or its writing. In the case of Carl it was different. Obviously Carl was the senior partner in conceiving the show with me and [astronomer] Steven Soter. And so, I mean, I am kind of taken aback. But then I look at the brilliance of Neil [deGrasse Tyson]’s performance, and how unexpectedly he has taken what I wrote and given it its best possible expression on the show. So I love the guy. I guess that’s the plight of the writer. It is coming out of someone else’s mouth; people think it must be theirs. It’s a natural reaction. …

I’m happy. I mean, look, I can’t get the fact that this show has played in something like 181 countries, and in the vast majority of them it’s been an off-the-scale success. For someone who started out on this road seven years ago, this is the best possible outcome I could have imagined.

She also talks about how relatively minor the religious pushback has been, and opens up about her feelings about science and the spiritual.

I have no problem asking the unanswerable questions, or in asking the as-yet-unanswerable questions. I have no problem with asking them, and I certainly have no issue with how we get through those dark nights of the soul by answering them. I would never presume to tell anyone how to answer them for themselves, not even my own children. I wouldn’t even think of it. I can only speak for myself when I say, “Yeah, asking questions – the more the better.” It’s just that if you come up with answers that make no adjustment to the scale of space and time that we find ourselves in, we see a failure of the imagination.

In a separate interview with Kyle Hill at The Nerdist, we get a more behind-the-scenes look at the how the new series was put together, and it confirms one suspicion I’ve had about the heavy use of animated scenes:

Seth [MacFarlane] had the brilliant idea of animating the stories of the ‘Heroes of Knowledge.’ Until he proposed that to me, I was imagining schlepping through Romania or Bulgaria to film live-action dramatic recreations, which nobody was excited about. The network thought that it would be a turn-off for their audience to see muttons chops and beards and those frilly Seinfeld shirts. Seth said ‘well listen, we have an army of animators here.’ Those animated sequences work so well because they feel like little graphic novels and they capture the emotional tone of what I was going for in the script.

I remember wondering about that before the series launched. While I loved the way the original series showed almost silent-film style live-action performances of folks like Kepler and Brahe, I worried that this would look a little too, well, PBS for today’s audiences.

To get more great stuff from Druyan, check out Josh Zepps‘ interview with her on Point of Inquiry, which is my favorite episode of the show in a long time.