Examples of Pseudoscience You May Have Forgotten to Be Angry About June 23, 2014 Paul Fidalgo

Examples of Pseudoscience You May Have Forgotten to Be Angry About 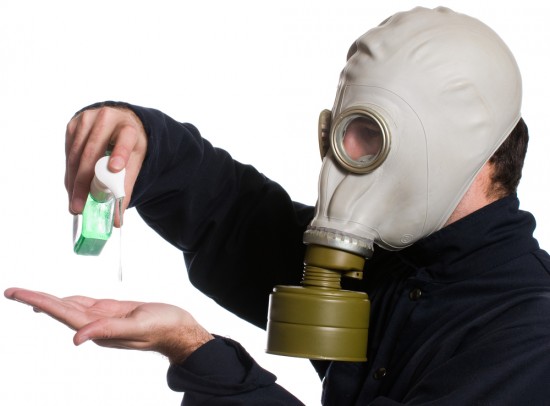 Some woo just needs to die. Esther Inglis-Arkell at io9 rounds up ten particular examples of nonsense and pseudoscientific beliefs that have overstayed their welcome.

A few of them will be some of the greatest hits you’d expect, like vaccines and autism, homeopathy, and the Chopra-esque quantum-this, quantum-that.

Others were useful reminders that elicited an “oh yeah, that is a bunch of bullshit” from me, such as “baby genius” programs that purport to spark a kids’ mushy brains at infancy into superintelligence by way of Mozart in the womb and whatnot, or the idea that we can have memories of places and events etched into our DNA. (“We’re not salmon,” she reminds us.)

But by far my favorite was her (spoiler!) number one pick, “Toxins”:

We need to step on the idea of “toxins.” We need to step on it until it’s dead. We’re not going stop people from blasting woo at us any time we eat anything that’s not kale or live anywhere that’s not the windswept peak of a mountain, but with concerted effort, we can at least make them sound ridiculous when they do it.

Which is hard! Because “toxins” jargon is everywhere. It sounds totally reasonable when  you don’t know any better, and plays on totally understandable fears consumers have of putting Bad Things into and on their bodies. But it’s too powerful a word to be used in such a blanket fashion. If something is called a toxin, it better be because it’s freaking toxic, not just polysyllabic.

June 23, 2014 Omaha Atheists Revealed to Be Non-Satan Worshipping
Browse Our Archives
What Are Your Thoughts?leave a comment