Hope Academy, a charter school in California that receives public funding, did something at their recent graduation ceremony that public schools like theirs aren’t allowed to do: They invited a pastor to deliver a sermon.

They didn’t even try to hide it; he wore a clerical collar onstage: 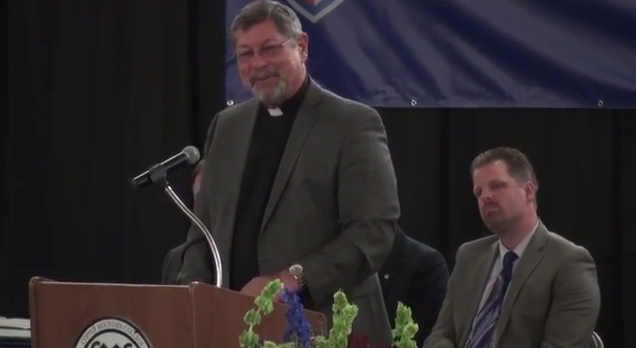 Not only that, large portions of the speech were lifted from two generic sermon websites, which just piles on to the evidence that this was a Christian speech. (And brings up all sorts of other questions about plagiarism…)

Thankfully, the American Humanist Association’s Appignani Humanist Legal Center is on it, sending the school a letter warning them to put an end to this in the future:

Speaking from a lectern for more than five minutes, the cleric conveyed a sermon about the value and history of salt that matched almost word-for-word a 2010 entry from a sermon blog. He added to those comments a theological discussion of table salt that closely mirrored a passage from another sermon posted online in 2005. At one point, the cleric commented on the significance of salt in Christian theology, noting that an “overturned salt cellar… conspicuously placed in front of Judas” in Leonardo da Vinci’s The Last Supper conveyed “a subtle message to people about the purity of his loss.” As he preached he also told members of the graduating class that he would “be praying for you” and that “God will continue to bless you, watch over you, and keep you as you work to prove you continually are worth your salt.”

The content of the speaker’s sermon went well beyond the nonsectarian graduation prayer found unconstitutional by the [Supreme] Court… His remarks included (1) a reference to salt, which is a notable symbol in Judeo-Christian faith traditions; (2) a discussion of The Last Supper, which portrays a key moment in the Christian narrative of Jesus; and (3) the use of the words “God” and “praying” as part of a final blessing. These utterances conspired to make the speech an unambiguous sectarian prayer, particularly in light of its similarities to previously published Christian sermons. For a publicly-funded charter school to arrange for and permit its delivery at graduation was therefore unconstitutionally coercive, whether or not attendance at the event was mandatory.

How does this sort of thing even happen?

How does no administrator think to say, “You can’t do this”?

Well, maybe that’s because the speaker appears to be one of the charter school’s five board members, Ted Smith: 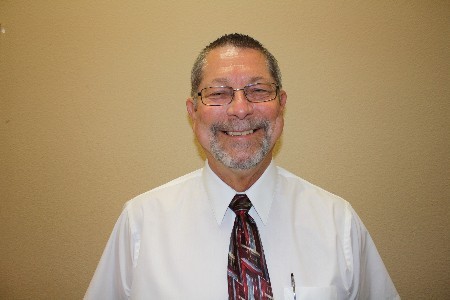 I should note that I haven’t confirmed this and the AHA doesn’t mention his name anywhere in the letter. (I’ve asked the director of the school to confirm or deny that it’s Smith.) But at least that could explain why no one challenged the decision: Because people don’t want to challenge their boss, nor should they have to.

Why a board member would put the school at risk of losing a costly lawsuit, I don’t know. No matter who the speaker was, though, too many adults allowed it to happen — and they need to let the AHA know ASAP that it won’t happen again.

June 21, 2014
Internal Investigation of Christian Leader Accused of Sexual Harassment Reveals He Did Not Act Criminally
Next Post

June 21, 2014 Pastor Serving Jail Time for Raping an Underage Girl Now Wants a Reduced Sentence Because He Says It Was Her Fault
"Disquss giveth, then disquss taketh away.....My apologies, fellow humans. I have been giving absolutely everyone ..."
Andy Horsuroddinon Polish Women Begin Trial for Depicting ..."
"Disturbing, but hilarious, but disturbing.Sharing.."
Rogue Medic Christian Nationalism Was Front and Center ..."
"Trump is their Messiah and he is a very naughty boy they are all very ..."
Rogue Medic Christian Nationalism Was Front and Center ..."
"You get something like hz-zs."
Samira Peri Pastor: The College Football Championship Score ..."
Browse Our Archives
What Are Your Thoughts?leave a comment