Pastor Serving Jail Time for Raping an Underage Girl Now Wants a Reduced Sentence Because He Says It Was Her Fault June 21, 2014 Hännah Ettinger

Three guesses what happened to the Christian youth groupie girl who said the following:

“I was raised by my parents and teachers to trust and obey my pastor. He was a celebrity to me, a father figure and a man of God. As my pastor, I sought guidance and counseling from (Schaap) when I was in need of help.” 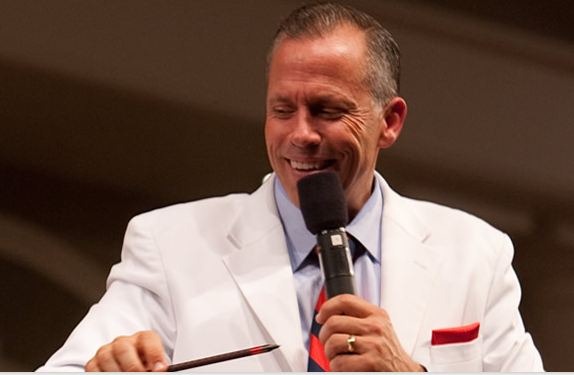 You guessed correctly. Jack Schaap (above), pastor of the First Baptist Church of Hammond (Indiana), got high on power, seduced the 16-year-old, and defended his “relationship to” (grooming and rape of) the girl in a court of law.

This is how the Chicago Tribune reported it last year:

Schaap wrote the girl, “You opened your heart wide to me — you made me more than a Pastor/Rescuer — you made me your friend your confidant, your beloved. You gave me your trust, your heart, your love, + your affection,” according to the memo.

Schaap continued that their relationship was sanctioned by God and he referred to their “fantasy talk” during a counseling session. “You have affectionately spoken of being ‘my wife.’ That is exactly what Christ desires for us. He wants to marry us + become eternal lovers!”

So far, this is pretty much what we’d expect from a pastor-turned-child-predator situation. Creepy spiritual/romantic whitewashing, “counseling” as a cover for the relationship, hero-worship manipulated to coerce a naïve minor into sexual acts.

Schaap was tried, convicted, and is now serving time for his crimes. But now he’s issued an appeal to his sentence, saying that due to the girl’s original reasons for seeking him out for counseling, she should share part of the blame for his actions.

Impulse control. She’s the one with issues with impulse control? Uh-huh… A teenager with “impulse control” who got raped should let her rapist serve less jail time because he couldn’t keep it in his pants.

The Times of Northwest Indiana reveals even more details:

The girl wrote, “(Schaap) violated my trust. But when it was being violated, I didn’t even know it because he made me believe what we were doing was OK and right in the eyes of God. When I asked him if it was wrong, he told me no and that I was his precious gift from God. I felt so special when he texted me from the holy altar during his sermons.“

Here’s what’s really disturbing to me about this: people’s vulnerability and naïveté about issues of faith at a young age leaves them wide open to predatory people addicted to manipulation and social power. Youthful trust and wonder at the numinous, when leveraged to obligate a person into secret-keeping, false loyalty to authority, and distrust of self, damages a person in deep, deep ways. I’ve heard people call the results of this “spiritual trauma,” and I’ve seen it cause PTSD in victims of this sort of spiritual abuse.

Regardless of what you believe about god or faith, this abuse of trust is a deeply personal violation, and Schaap is re-victimizing this girl by continuing to gaslight her experiences at his hands for the sake of assuaging his own ego.