Pastafarian Advice: Wearing a Colander on Your Head Is Amusing on a Driver’s License, Not So Much on a Gun License June 20, 2014 Hemant Mehta

Pastafarian Advice: Wearing a Colander on Your Head Is Amusing on a Driver’s License, Not So Much on a Gun License

I posted yesterday about a New Zealand man, Russell, who took a driver’s license picture with a colander on his head (as members of the Church of the Flying Spaghetti Monster do): 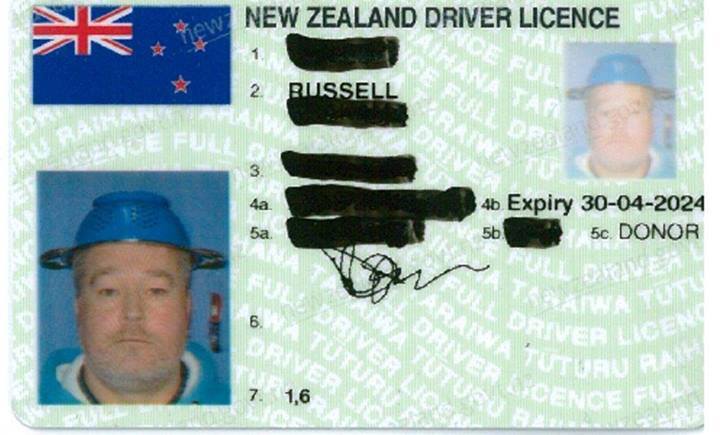 The reception was almost universally positive. I’m sure there were a few people scratching their heads if they didn’t understand the statement he was actually making — about how you can get away with just about anything if you say it’s part of your religious beliefs — but that’s inevitable.

It turns out an Australian atheist learned about that confusion the hard way. Guy Albon wore the Pastafarian head-covering when he took the picture… for his gun license: 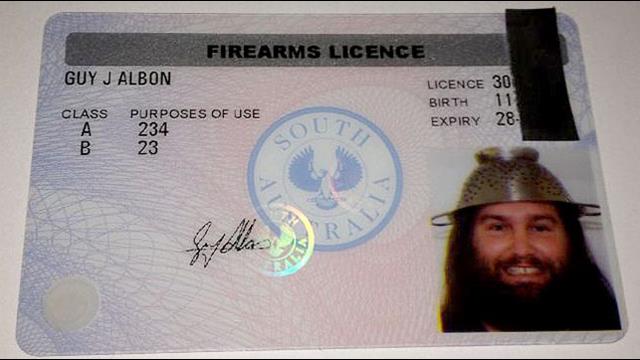 Everything was fine until about six months later, when he needed to make a classification change:

… police became nervous about allowing a man with a colander on his head access to firearms.

He said two uniformed officers visited his home and seized his licence and four firearms — two rifles and two handguns worth about $2000 in total — until a psychiatrist confirmed he was safe to own weapons.

Despite passing the [psychological] test, he was told the licence with the colander photo had been destroyed and he would have to be photographed again, this time without the headpiece.

Not that police came to his home, but how, in Australia, they have to confirm that you’re safe to own weapons. (Ha!)

Albon decided to comply and take a new strainer-free picture. But he has to get his driver’s license renewed soon and he vows that he’ll wear the colander again:

“What are they gonna do, come and take my car off me?”

June 19, 2014
A New Website for Atheists Who Have Suffered the Death of a Loved One
Next Post