Ron Williams (below) wanted his children to attend a secular school in Australia, so you can imagine his surprise when his children told him they were attending “assemblies where the chaplain presided and a rap song was played extolling the virtues of chaplains over teachers as adults kids could trust.” 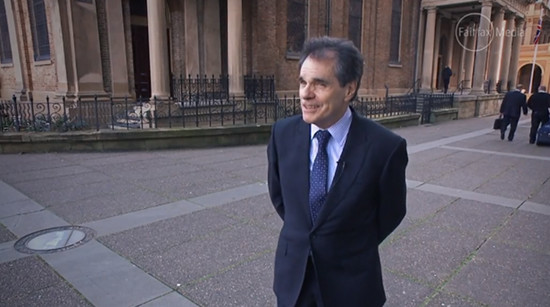 As it turned out, it was all part of a program funded by the country’s government. In fact, since 2007, schools could be eligible for up to $20,000 if they began or extended chaplaincy services.

Williams sued over this — and the case went all the way to the High Court of Australia (their Supreme Court) — saying this violated religious freedom and went beyond the scope of what the government could do.

In 2012, the High Court ruled in his favor. Kind of. They said the chaplaincy didn’t violate religious freedom, but the government had no business giving schools money for this because it wasn’t supported by any legislation.

In response, the Australian government (under then-Prime Minister Julia Gillard) quickly wrote up and passed legislation to rescue the program.

Yesterday, in a potentially devastating blow to the chaplaincy program, the High Court ruled that that legislation was unconstitutional. Though legal scholars say there’s yet another way to get chaplains in secular schools that the government will now try:

In a unanimous decision, six judges on the High Court held that the federal government’s agreement to fund the Scripture Union of Queensland to provide chaplaincy services to Queensland schools was unlawful.

Mr Williams said the decision was a huge win for the “silent majority of parents” around the country who opposed the chaplaincy program.

“I think we can call this a 6-nil clobbering,” Mr Williams said.

He said that he had been “gobsmacked” when the federal government funded the program in the recent budget while “slashing education and health”.

Sydney University constitutional law professor Anne Twomey said on Wednesday that the federal government would be able to continue the chaplaincy program by providing grants to state governments rather than directly to schools.

“This is the only real option. They can do that and they probably will,” she said.

That said, the Court’s decision could force the government to redirect more than $245,000,000 that was allocated for the next five years of the chaplaincy program.

For now, it’s a victory for all those parents who see a problem with the government funding religious chaplains over secular social workers at public schools.

Australians, feel free to offer more insight into this decision in the comments section!

(Thanks to Gunnar for the link. Portions of this article were posted before.)

June 19, 2014
Pagan Forbidden from Opening Temple in Beebe, Arkansas Because His God Isn't the Christian God
Next Post

June 19, 2014 UK Government Clarifies That Creationism Cannot be Taught as Valid Science in Publicly-Funded Schools
Browse Our Archives
What Are Your Thoughts?leave a comment