A Church, Seemingly Doubling as a PAC, Endorses a Republican Candidate. So Why Is It Still Tax-Exempt? June 18, 2014 Hemant Mehta

A Church, Seemingly Doubling as a PAC, Endorses a Republican Candidate. So Why Is It Still Tax-Exempt?

Last month, this full page ad appeared in The Mississippi Link, a Jackson-based newspaper aimed at an African-American audience: 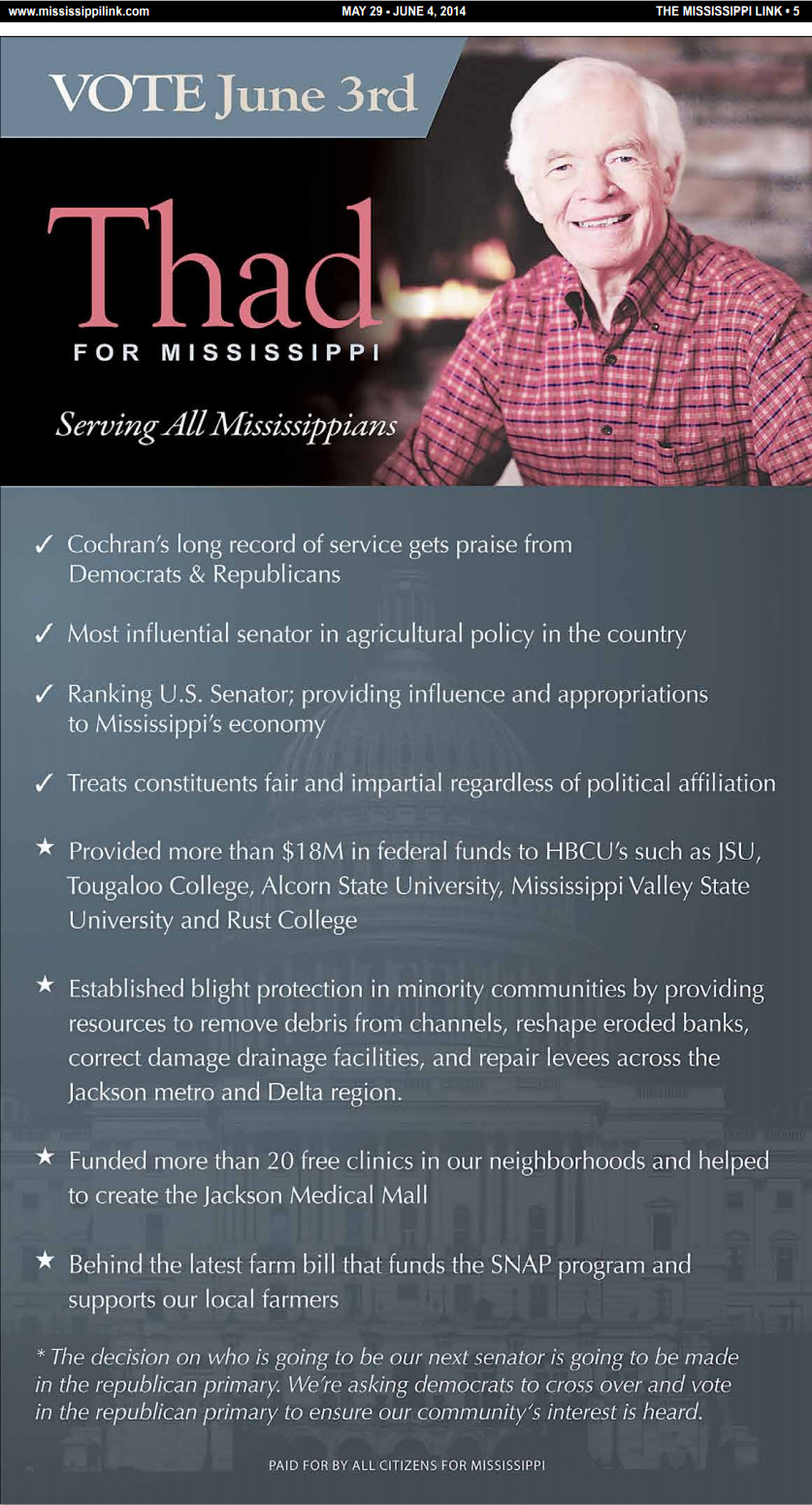 It’s an ad supporting Republican Senator Thad Cochran (who ultimately didn’t earn enough votes to win his primary and will compete in a run-off election next Tuesday). But the curious part is that the ad was paid for by “All Citizens for Mississippi,” a political action committee (PAC).

Derek Willis of the New York Times investigated the group and discovered something incredibly shady: 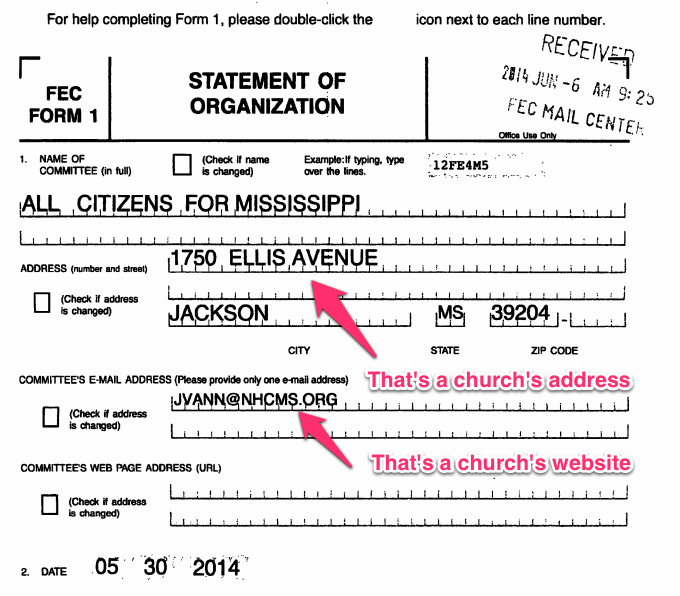 The PAC appears to have been created and run by the New Horizon Church International. Jacqueline Vann, the PAC’s treasurer, is also the church’s chief financial officer.

Here’s the problem with all this. The IRS says that churches don’t have to pay taxes. In return, churches may not endorse any candidates — or they lose their tax-exempt status. That’s why events like Pulpit Freedom Sunday, when pastors are encouraged to endorse conservative candidates, are so controversial; they’re daring the IRS to come after them. The Freedom From Religion Foundation has already sued the IRS for not doing just that.

So if it’s true that a church is doubling as a PAC and endorsing a candidate, shouldn’t their tax-exemption be revoked? This seems about as cut-and-dried as these cases get.

If church resources were used by the PAC, that could be “potentially problematic” for the church, said Michael Toner, a partner at the Wiley Rein law firm and a former F.E.C. chairman. “The people who are associated with churches, you can be involved in politics, but need to do so in your personal capacity. That’s the dividing line: Is it in their personal capacity?”

While it’s possible and legal for the same individuals who lead the church to create their own PAC, the big question still outstanding is whether church funds were used to pay for the ad. If it turns out that was the case, this church is in big trouble.

Legality aside, if the leaders of FFRF or American Atheists did anything even remotely like this, Fox News Channel would devote non-stop coverage to it.

Is the IRS investigating this? Will they take action? We have yet to find out.

June 18, 2014
New Survey Shows More Than Half of Britain Has No Religion
Next Post