Sally Atwater is a Republican running to become the Superintendent of South Carolina Schools.

And she just gave the most awful, incomprehensible, it-should-force-her-to-drop-out-of-the-race interview to 106.3 WORD-FM radio: 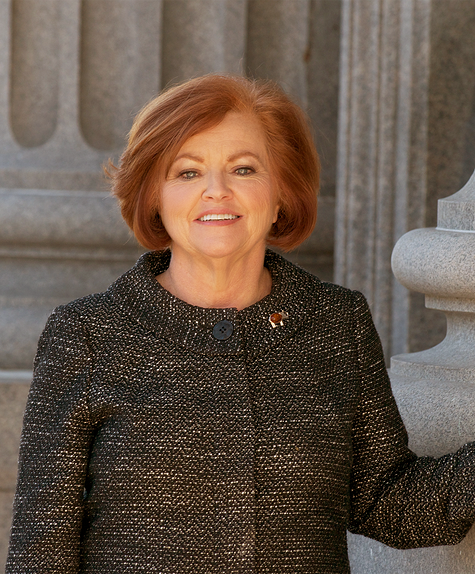 In response to whether she thinks sex education should be taught in the classroom, Atwater said… we should teach the health standards. When she gets elected, she’ll look into it, but for now, we should stick to the standards.

“What does that mean?” asked the host. Atwater had no response.

What about abstinence? Should that be taught in the classroom? She responded, “Yes. Yes I do.”

What about evolution and Creationism? What’s appropriate for the classroom?

Atwater: Again, I’m gonna go back to what our science standards are.

Host: [Pauses] What are our science standards?

Atwater: Well, our science standards just–that’s what we teach in our schools now!

Host: [Sarcastically] Oh, I know that. I just wonder if, specifically, you knew what they were. Since you want to be superintendent of education.

Atwater: Well, I do, but I’m not gonna go any further on that right now.

After the interview was over, the host, Russ Cassell, said on air:

Clueless is putting it gently. Atwater wants to become the leader of the public schools in the state when she’s given no thought whatsoever to the controversial issues in the state. She’s an embarrassment who will only drag the state’s education system even further into the Stone Age.

Which, in Atwater’s mind, is probably about 30 years ago.

Atwater, if you’re unfamiliar, is the wife of Lee Atwater, a former advisor to Presidents Ronald Reagan and George H. W. Bush and former chairman of the Republican National Committee.

June 16, 2014
Relative of Duck Dynasty Clan Announces Congressional Bid Because "There is No God" in Washington Right Now
Next Post

June 16, 2014 An Ex-Muslim's Project to Show Women After They Finally Took Off Their Hijabs
"So...it's like the Oracle of Delphi..if the prediction failed, well,that was on you, you misinterpreted ..."
Kelley Gaither Here Are Preachers Predicting Trump’s Re-Election… ..."
"“ I call David Barton a liar. Let's see him counter that.”Barton: “Oh, yeah? If ..."
Maltnothops David Barton: If People Call You ..."
"Heterophobes Anonymous“Hello. My name is Malt and I’m a heterophobe.”In unison “Hello, Malt!”"
Maltnothops David Barton: If People Call You ..."
"My Senior year Advanced Honor's English class teacher said a wooden spoon was the only ..."
Kelley Gaither Christian Mommy Blogger: Hit Your Kids ..."
Browse Our Archives
What Are Your Thoughts?leave a comment