Christian Pastor: If Your Child is Gay, “You Don’t Have a Meal with Them” June 15, 2014 Hemant Mehta

Christian Pastor: If Your Child is Gay, “You Don’t Have a Meal with Them”

Baptist Pastor John MacArthur of Grace Community Church in the San Fernando Valley, California wanted to give some advice to a mother who had a gay child. So he made a video… and his advice is about as awful as you can imagine: 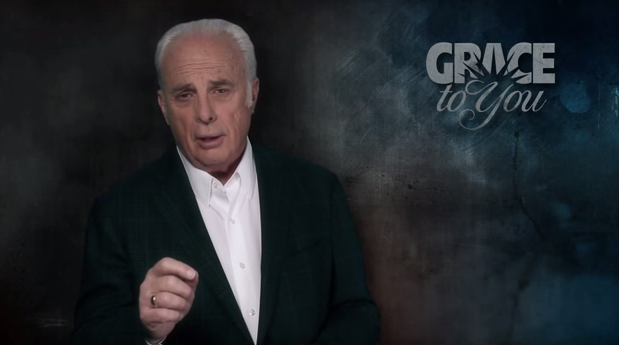 His advice is broken up into two parts.

If they profess to be a Christian, you have to alienate them. You have to separate them. You can’t condone that. It’s inconsistent with a profession of Christ. So you isolate them. You don’t have a meal with them. You separate yourself from them. You turn them over to Satan, as it were…

But if the child is no longer a Christian, then forget it. There’s just no hope.

How’s that for loving Godly advice? Brought to you by the guy who runs the ironically-titled “Grace For You” ministries.

Believe it or not, the YouTube comments are open and people are letting him have it.

On his moderated website, though, the response to critics seems to be, “We’re not assholes. We’re only talking about how you treat your gay children if they’re adults.” Because disowning them when they’re 18 is much better.

Not all Christians are like this, obviously, but a *lot* of pastors see homosexuality as a problem to fix. If Christians really want to make a point, they need to get the hell out of those churches.

Christian Benjamin Corey argues that MacArthur is a hypocrite who selectively chooses which sins are worth shunning family members over:

I wonder if MacArthur would also suggest you shun an adult child who makes $200,000 a year but doesn’t tithe or give any of their money to charity? Somehow, I doubt it.

I wonder if MacArthur would teach that we should isolate, alienate, and turn over to Satan our children who struggle with over-eating? That can be a form of greed because it is taking more than you need.

Or, what about the idolators mentioned in that same passage? I know a boat load of Christians who are trusting in firearms for their safety instead of God– which is idolatry. According to Paul, they should be shunned as well.

(Thanks to Rocky for the link)

June 15, 2014
How One Student Uncovered Multiple Constitutional Violations at His High School
Next Post