The Supreme Court decision to allow religious invocations has also opened the door to openly atheistic invocations at government meetings across the country.

In Troutman, North Carolina, Town Attorney Gary Thomas was explaining to the city council what the law now meant for them… and faced with the prospect of an atheist invocation, one alderwoman made a unique suggestion: 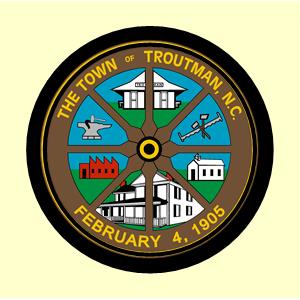 … Thomas explained that while invitations to various religious leaders need only be sent within town limits, anyone may ask to give invocations and the town should comply with requests, even those made by atheists.

“Who does an atheist pray to?” [Mayor Elbert] Richardson asked.

Thomas said those who lack a belief in God may ask to read some kind of treatise.

It was at that point that board members started zeroing in on time restraints for invocations.

Alderwoman Betty Jean Troutman suggested a three-minute cap.
But Alderwoman Sally Parker Williams said that may be too long in some cases.

“Three minutes could be a long time,” she said. “If we do get an atheist in here, three minutes will seem like a very long time.”

Williams then made a motion that invocations be limited to two minutes and that any particular person be held to one invocation per year unless there is no one else who wants to give it.

So there you go. The mere threat of atheists speaking at their meetings caused this city council to reduce the invocation time limit. They could do away with the problem altogether if they just removed the invocation from their agenda…

We all know what this means, of course: We need atheists in Troutman to sign up to deliver two-minute invocations! Just contact the board and let them know you’d like to speak. Bonus points for anyone who finishes in 1:59.

June 12, 2014
Archdiocese of St. Louis Fights Back Against Accusations That a Priest Didn't Know Child Rape Was a Crime
Next Post

June 12, 2014 Australian News Program Looks Into Christian Indoctrination Taking Place in Public Schools
"Isn't there some kind of law in the U.S. that requires people to provide the ..."
CageGirl Christian Mother: Staying in a Broken ..."
"My guess is that's it's founded on behalf f the GRU, in furtherance of Putin's ..."
se habla espol Pastors Are Leaving the Pulpit as ..."
"Hey I .... resemble .... that remark.(third try to post this)"
Scenario Angry Christian Mom Boycotts Drug Company ..."
"He's got none to spare, considering the slow ticket sales to his 'History Tour' (snort) ..."
CageGirl Christian Mother: Staying in a Broken ..."
Browse Our Archives
What Are Your Thoughts?leave a comment