Australian public schools offer “special religious instruction” (SRI) which is something of a joke when you realize how badly that privilege is abused. In theory, it’s great because kids can learn about the beliefs of all different faiths. But in many schools, the religious education is primarily Christian and the education veers into heavy indoctrination. Volunteers — and they’re always Christian, it seems — often use the time with students to make converts instead of merely educating them about what they believe.

The last time I mentioned this problem, the group called Fairness In Religions In School (FIRIS) was raising awareness of the abuses within the SRI program in part because they said parents don’t really know what’s going on in their kids’ schools. To that end, they put up a billboard in Melbourne to show parents what their kids may be learning:

The leader of ACCESS Ministries — a Christian group that provides about 96% of SRI in the state, in 850 of the 1300 primary schools — was quick to denounce the billboard, not because it wrongly depicted humans and dinosaurs living at the same time, but because it was mocking Jesus. Which it wasn’t.

Yesterday, an Australian show called A Current Affair looked into ACCESS Ministries and exposed how the organization works:

In the segment, one principal, Joe Kelly, explains what he found when he watched ACCESS volunteers at work:

Rather than teaching about religion, the ACCESS Ministries volunteers were attempting to convert the children into its own brand of fundamentalist Christianity.

[Joe Kelly:] They believe that public schools are mission fields for creating disciples.

The volunteers are made to sign contracts saying they won’t proselytize, but the group’s leader calls the schools “the greatest mission field we have in Australia” and the volunteers break their contracts all the time.

Lara Wood of FIRIS bought the books used in the classes and found that they included hard sells of Christianity. Even some of the coded messages that kids had to crack were found to say, “Jesus is alive! He can be our friend today!”

She also uploaded the teacher’s edition of one of the books for 4-6-year-olds onto the FIRIS site so everyone could see how it clearly crosses the line into indoctrination: 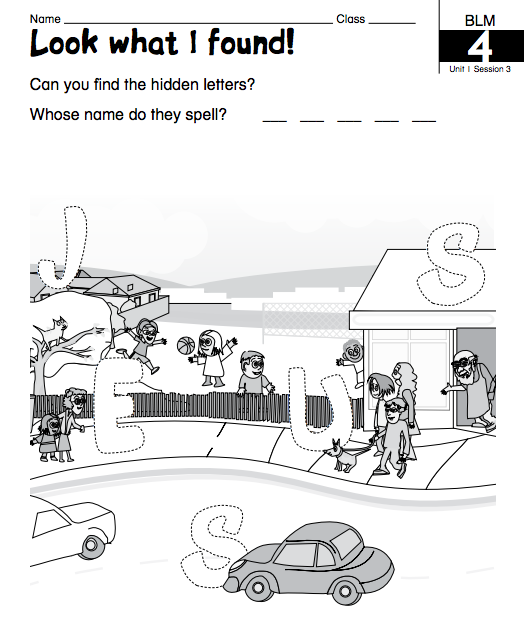 (ACCESS Ministries has threatened legal action against FIRIS if she doesn’t take that book down.)

So what can parents do about this? The easiest solution for now is to do what Wood did: Pull your kids from SRI classes. Most parents don’t do it because they don’t really understand what the volunteers are teaching.

But the evidence is clear at the FIRIS website and elsewhere. The kids aren’t learning about religion. They’re being brainwashing into the Christian faith.

June 12, 2014 Turns Out Atheists and Christians Like Very Different Bible Verses...
Browse Our Archives
What Are Your Thoughts?leave a comment