An Atheist Visits the 9/11 Memorial Museum, Sees the Cross, and Goes “Meh”

John Rafferty, the president of the Secular Humanist Society of New York, visited the 9/11 Memorial Museum and wrote about his experiences for The Humanist. The most interesting part may be where he comes across the controversial 9/11 Cross that American Atheists filed a(n unsuccessful) lawsuit over: 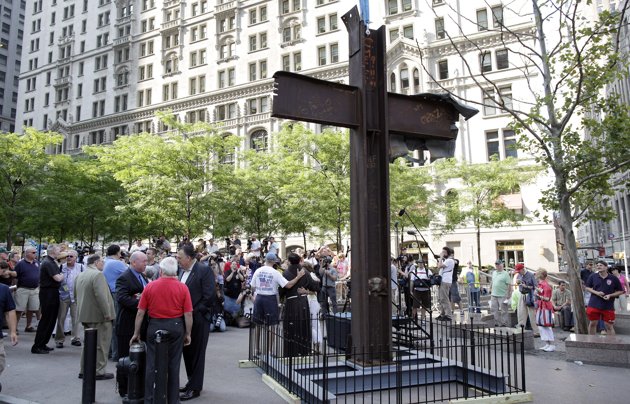 The infamous “Miracle Cross” is in the After section and, in spite of my worst anti-theist, humanist imaginings, I’m okay with what the museum has done. It’s not treated as a “miracle” nor given any special place or attention. It stands in a small grouping of artifacts that the exhibit card said gave some workers “spiritual solace.” Let’s face it: the damned thing is part of the 9/11 story. It was dragged out of the wreckage by construction workers, who did make a big deal of it (as did professional theists with agendas) and it was part of the media circus for a long while. But the museum treats it as just one more artifact among many. You really could walk by it without noticing it, and while I stood there at least 10 minutes taking notes, I did not see any special attention being paid to it.

I wonder if any other atheists who have visited the museum have similar reactions? I have to admit, since the museum opened (and the lawsuit saga ended), I’ve heard virtually nothing about the cross.

June 12, 2014
This May Be the Worst Academic Paper You'll Ever See... and It Was Published in a Creationist Journal
Next Post