The same week that Laverne Cox made history as the first transgender cover girl, the Southern Baptist Convention affirmed:

… God’s good design that gender identity is determined by biological sex and not by one’s self-perception. 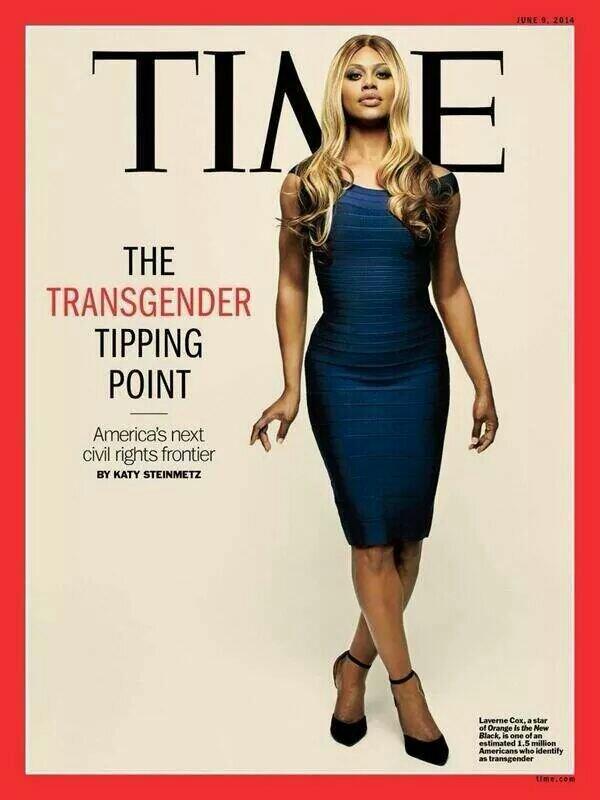 The SBC went on to say that transgender people should “trust in Christ and… experience renewal in the Gospel.” They also condemned sex-reassignment surgery and hormone treatment for gender dysphoria.

The group’s annual meeting this week handed down this unsurprising, but interesting, ruling for the denomination (which has just under 16 million members in the U.S.). Albert Mohler (President of the Southern Baptist Theological Seminary), in his weekly podcast, reacted to the Laverne Cox cover article, repeatedly calling the issue of transgender identity “insanity,” concluding:

Beyond question, however, is the fact that this cover story serves as ample evidence that we have crossed the tipping point when it comes to sexual insanity. This revolution is going to require evangelical Christians to respond with the deepest biblical conviction, the strongest and most urgent pastoral ministry, and the most careful worldview thinking.

And now we have the SBC’s response en masse. The thing is, I don’t think they realize how dehumanizing and cruel this ruling is for the transgender individuals they’d like to reach out to. They may not formally reduce it to merely cross-dressing, but that’s essentially how it’s treated in practice. The internal education on gender dysphoria and gender identity is severely lacking — and deliberately so. If the Bible says it’s an abomination in God’s eyes for a man to dress as a woman, that’s all there is to say about that.

This ruling is horrific, of course, for anyone with a basic sense of empathy. But when you’re basing your whole religious outlook on binary gender identity (because only complementarianism reflects Christ and the Church, in their view), you can’t afford to compromise and allow for gender as a fluid or culturally-constructed concept. Your salvation depends on it.

Amusingly, SBC doesn’t think it’s made up of totally heartless ogres. According to the Religion News Service’s article on the rulings,

They added that they had compassion for people with gender conflicts, called them “image-bearers of Almighty God” and condemned “acts of abuse or bullying committed against them.”

(That’s a huge concession, in their minds.)

I guess you can’t be transgender in their churches, but they aren’t planning on coming after your lives. Unless you’re on death row, in which case I suppose you’re fair game. So much for loving your neighbor…

June 11, 2014
Contestant on Last Comic Standing Jokes About Her Gig at an Atheist Convention
Next Post