It’s a pretty common tradition among celebrities to observe a downward spiral in their public reputations by getting some religion.

So when we learn that Justin Bieber got baptized last month (in a bathtub, apparently for privacy reasons?), questions are naturally raised about the sincerity of his faith. This news follows the release of old videos in which he used racist slurs. Coincidence? Probably not. 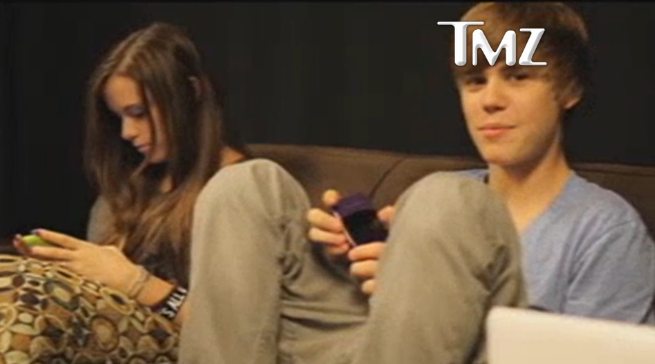 According to The Independent:

Two videos of the singer emerged last week, filmed when he was 14, in which he makes racist slurs.

The latest clip features the musician sing a racist version of his song, “One Less Lonely Girl”, dubbing the word ‘girl’ with ‘n****r’.

“If I kill you, I’ll be part of the [white supremacist] KKK and there’ll be one less lonely n****r.”

The second film sees him making a joke about why black people are afraid of chainsaws, in which he also used the n-word.

The person he “worked with” to prepare for baptism is Hillsong Pastor Carl Lentz who has a reputation of being a celebrity magnet of sorts, providing an accessible, popular, modern, and charismatic worship experience in NYC to a congregation of upwards of 5,000:

The house of worship, after about two years, reports an estimated 5,500 of church attendees who flock to Irving Plaza near Union Square weekly to receive Christian messages taught in an unconventional way. Each week, Lentz delivers his sermons on the stage of a concert venue that has hosted bands like U2 and the Red Hot Chili Peppers.

Lentz has been connected to other big names, like Jay-Z, and seems to be more about the showbiz of church biz than about the more devotional/meditative and transformative elements of the Christian experience.

So maybe Bieber’s conversion is genuine and he’s trying to take control of his life via religious practice after a few rough months. And maybe Lentz’s glitz and inroads with other celebrities make him feel like a safe pastoral choice for the young star. Or maybe it’s just a publicity stunt and Lentz is humoring it and soaking up the shared media attention.

Either way, it’s probably too late to redeem Bieber’s public image. He’s got (relatively speaking) nothing to lose by embracing religion, but it’ll take more than a baptism and a few worship services to help restore his past polished persona with fans and critics alike.