Last night, on Real Time with Bill Maher, conservative Christian leader Ralph Reed was one of the guests. So the conversation naturally drifted to religion… 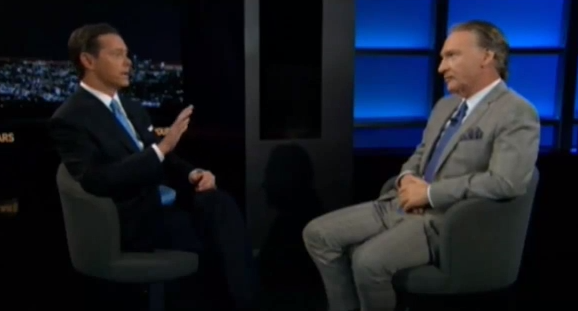 I got annoyed watching that. Reed is a fundamentalist Christian who believes the Bible is literally true — so Maher tried to nail him down on some of the awful things in the Bible. Like where it says women who have pre-marital sex should be stoned to death.

Maher’s argument was that someone who believes in the literal truth of the Bible must naturally agree with a statement like that. Reed responded — as we would all expect — by saying that Jesus in the New Testament did away with those laws. So why were they there in the first place? Not because God commanded it, but because sinners had basically taken the law into their own hands (and God had to patch things up later on).

My point is this: I don’t really do debates. I wasn’t raised with the Bible. I tend to get bored with theological arguments. And even I knew that’s how Reed would respond.

So when Maher just kept arguing that a biblical literalist would necessarily have to support Old Testament laws, it was frustrating because I know that’s not at all what fundamentalist Christians say or believe. How does a guy who is one of the most famous atheists in America not know that by now?

Reed kept trying to explain his views — to no avail — and I honestly felt sympathetic towards him by the end of the conversation. For him, it was like talking to a broken record. Maher never budged from his point and you could tell he wasn’t going to deviate from that perspective over time, either. Reed just kept calm and smiled. His (still) non-sensical beliefs got a free pass.

I’m not expecting every debate about God to be academic or full of minutiae, but Maher isn’t new to these discussions. Shouldn’t he have picked up on how the other side thinks by now?

June 7, 2014
Christian Right Chaplain Says Atheists Are Possessed by Demonic Spirits but Don't Know It Because... Satan
Next Post

June 7, 2014 After ACLU's Warning to School Officials, Virginia Students Lead Crowd in Christian Prayer at Graduation
Browse Our Archives
What Are Your Thoughts?leave a comment