Irish Archdiocese Official Reacts to 800 Children’s Skeletons in a Sewage Tank: “We Can’t Judge the Past” June 6, 2014 Terry Firma

Irish Archdiocese Official Reacts to 800 Children’s Skeletons in a Sewage Tank: “We Can’t Judge the Past”

I just learned that in Ireland, Father Fintan Monaghan, a Catholic Church official in whose archdiocese the skeletal remains of almost 800 children were found in a septic tank, weighed in with an opinion on the matter.

The bones, if you’ll recall, are those of babies who were born to unwed mothers, and who died under the awful neglect of Bon Secours nuns between 1925 and 1961. The child mortality rate in Irish Catholic institutions for “fallen women” was reportedly as high as fifty percent. 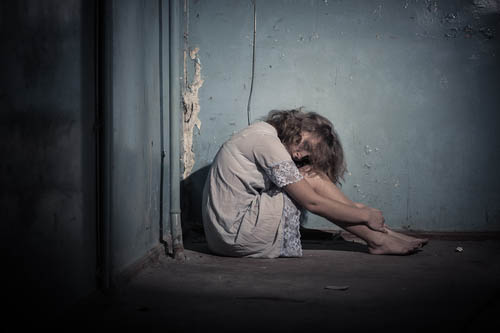 Regarding the remains of the 800 children found in that sewage tank, Monaghan told a TV crew:

Got that? We can’t judge the past. Pray tell, father — just how recently should acts of such crassness and cruelty have taken place so that we are allowed, in your divinely-inspired opinion, to judge the perpetrators?

All we can do is mark it appropriately. Yeah, no facking thanks to the Catholic Church. The mass grave was originally discovered by two Irish boys in the mid-seventies, under a broken concrete slab. At the time,

A parish priest said prayers at the site, and it was sealed once more, the number of bodies below unknown, their names forgotten.

We only learned of the gruesome find and the identity of the child victims recently, thanks to the dogged work of a local genealogist and historian, Catherine Corless.

Writing in the Guardian, Emer O’Toole has Monaghan’s number:

Was it OK, in mid-20th century Ireland, to throw the bodies of dead children into sewage tanks? Monaghan is really saying: “Don’t judge the past at all.” …

I am offering the following suggestions as to what the church should do to in response: Do not say Catholic prayers over these dead children. Don’t insult those who were in life despised and abused by you. Instead, tell us where the rest of the bodies are. There were homes throughout Ireland, outrageous child mortality rates in each. Were the Tuam Bon Secours sisters an anomalous, rebellious sect? Or were church practices much the same the country over? If so, how many died in each of these homes? What are their names? Where are their graves? We don’t need more platitudinous damage control, but the truth about our history.

O’Toole’s plea notwithstanding, we may never learn the exact death toll, or the extent of the neglect, the callousness, and the suffering.

The point that the current scandal drives home is that (pardon the expression) the skeletons in the Catholic Church’s closet are stacked miles wide and deep. Also, genuine contrition from the padres is hardly ever on display — but effrontery of father Monaghan’s kind is all too common.

As a result, in the space of maybe a quarter century, the Church has been laid bare and morally gutted. At breakneck speed, it went from recognized moral authority to toxic purveyor of debauchery, duplicity, and death. I’ll take it, I suppose — but I’m left wishing it hadn’t taken untold thousands of underage victims of rape and neglect to show that this is an institution that itself deserves to be stripped of all honor and neglected to the point of letting it die.

June 6, 2014
Stop Spreading the Articles That Claim "Evangelicals Are the Least Faithful"
Next Post