Two Years Later, the Indian Skeptic Who Debunked a “Miracle” is Still in Exile in Finland June 3, 2014 Hemant Mehta

Two Years Later, the Indian Skeptic Who Debunked a “Miracle” is Still in Exile in Finland

Sanal Edamaruku — a.k.a. “the Indian James Randi” — has debunked a lot of sacred cows in his life. In 2012, after explaining how a statue of Christ could be dripping water seemingly on its own, he was charged with “hurting the religious sentiments of a particular community.” The “crime” could have resulted in a prison sentence of up to three years in addition to a fine, so Edamaruku fled from his home before he could be punished (or physically attacked). 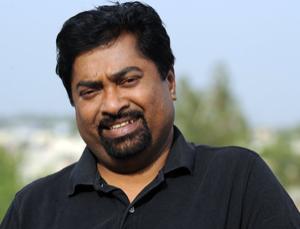 Since then, Edamaruku has been in Finland. And according to Samanthi Dissanayake of BBC News, he still can’t go back home:

He arrived in Helsinki on a summer afternoon two years ago, the endless hours of sunlight saturating both day and night. He thought he would only stay for a couple of weeks until the furore he left behind in India had died down.

But the furore has not died down — the Catholic Secular Form (CSF), one of the groups that made the initial complaint, still insists it will press for prosecution should he ever return.

Two years on, he is angry, bitter and defiant. Living in a small flat on the eastern edge of Helsinki, he has forced himself to adjust to an alien landscape. After the crowded hustle of Delhi, more than 3,000 miles away, he can now walk mile upon lonely mile without seeing a single person.

“I miss a lot of people… That I cannot meet them is something that saddens me,” he says.

Since he left India, his daughter has had a child, and his mother has died.

He’s had the opportunity to go back to India, but it would require him to apologize for what he did, a compromise he’s not making:

Cardinal Oswald Gracias of Mumbai tried to broker a solution by calling upon Edamaruku to apologise and on Catholic groups to drop their case in return.

But Edamaruku staunchly refuses to compromise on what he sees as his freedom of expression.

“I don’t regret anything I said,” he says. “I feel that I have full right to express my views… I am open for discussion and correction but I am not willing to accept anybody’s bullying, change my views or submit to their pressure to apologise.”

That, my friends, is a skeptic hero.

He has been forced to adjust his life for the “crime” of telling the truth and backing it up with evidence — and the ones going after him are the religious extremists who can’t take their miracles being disproven.