Cruel Uncertainty: Will Apostate Meriam Ibrahim Be Freed From Death Row in Sudan?

On Saturday, Western media shared some very good news: following international protests, Meriam Ibrahim will be set free. The 27-year-old Sudanese woman was sentenced to death two weeks ago, found guilty of leaving Islam for Christianity. Both the charge and the punishment are downright nauseating:

Ms Ibrahim was raised a Christian by her mother and has refused to renounce the faith.

However, a court ruled earlier this month that she is Muslim because that was her father’s faith.

Her Christian marriage was annulled and she was sentenced to 100 lashes for adultery and death by hanging for renouncing Islam.

The adultery charge stems from the fact that a Sudanese court decided Ibrahim’s marriage is illegal, because her husband is a Christian. Under Sudan’s version of sharia, a Muslim woman may not marry a non-Muslim man. If she does, that’s considered adultery. 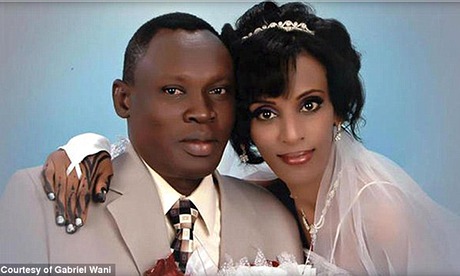 Making matters even worse, Ibrahim was pregnant when she was arrested and jailed. The Guardian says that she gave birth to a daughter last Tuesday “while shackled in her cell.”

Saturday’s news would have been a welcome (and rare) humanitarian gesture on Sudan’s part, but it was all a misunderstanding, the Sudanese government says now.

Abdullah Alazreg, a foreign ministry under-secretary, told the media on Saturday [that] Ibrahim “will be freed within days in line with legal procedure that will be taken by the judiciary and the ministry of justice”.

But the foreign ministry said the release of the 27-year-old … depended on whether a court accepted an appeal request made by her defense team.

A ministry statement said what Alazreg actually told media on Saturday was “that the defense team of the concerned citizen has appealed the verdict … and if the appeals court rules in her favor, she will be released.”

Ibrahim’s husband, Daniel Wani, is a U.S. citizen. He was granted a visit with his imprisoned wife and child last week, and said they’re both in good health, so there’s that.

We’ll update this story when we learn of new developments.

June 2, 2014
These Are the Non-Religious Vows We Used at My Wedding
Next Post