I Guess This Christian Apologist Learns Nothing from Women June 1, 2014 Hemant Mehta

I Guess This Christian Apologist Learns Nothing from Women

Frank Turek, a Christian apologist who has written plenty of easily-debunkable books about why the Bible is *totally* true, just released his personal list of the “Top 20 Christian Apologists” — the people who have influenced him the most. 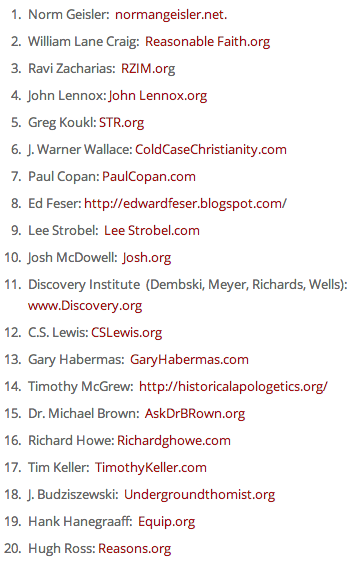 The list isn’t surprising at all, but I just wanted to note that there’s not a single woman on the list. Not even in the “Bonus” section.

There are several reasons why that might be the case — but none of them reflect well on Turek, Christian apologists everywhere, or the faith as a whole.

I contacted Turek to ask him why his list is female-free and I’ll let you know if/when he responds.