Canadian Reserve Army Chaplain Claims There Are No Atheists in Foxholes May 31, 2014 Hemant Mehta

Canadian Reserve Army Chaplain Claims There Are No Atheists in Foxholes

Donald MacGillivray (below), a reserve army chaplain in Canada, made a ridiculous comment in an opinion piece for the Cape Breton Post: 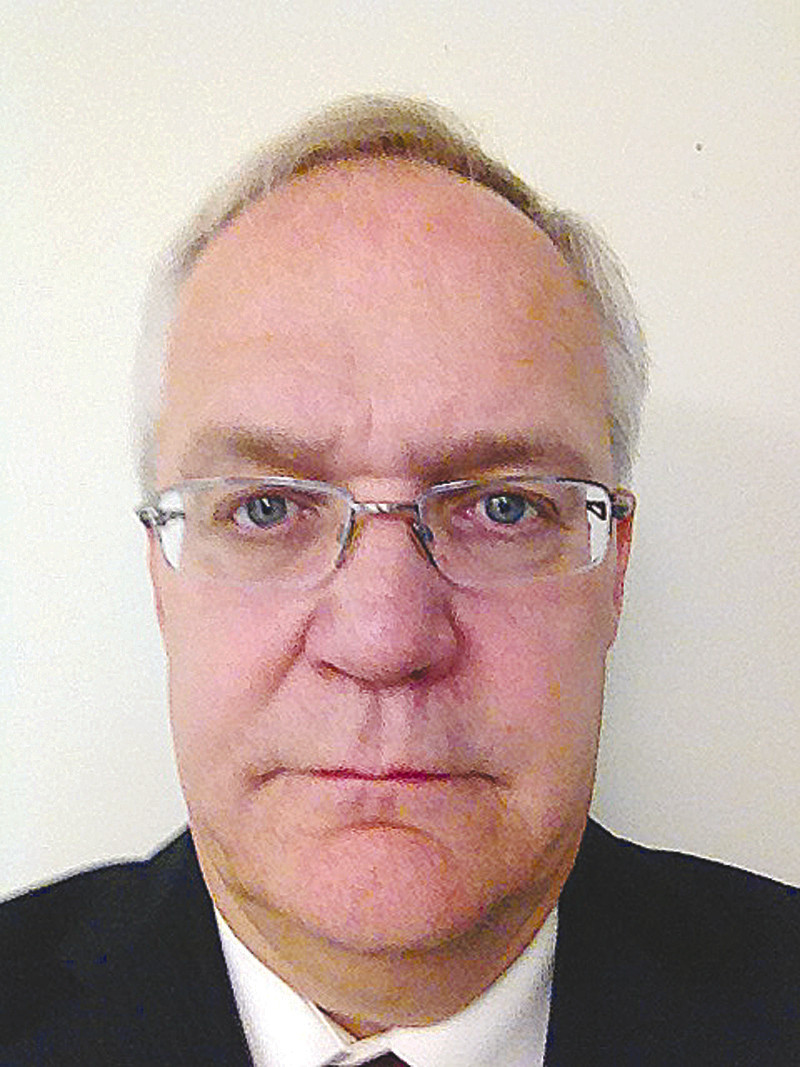 War is about life and death and because it is so, it raises questions about meaning. All people search for meaning, as it is part of what it is to be human.

That old expression: “There are no atheists in foxholes,” I think really rings true because these big life questions are pondered perhaps a bit more by those involved in war.

And while we’re on the topic of ignoring atheists, the American military still doesn’t allow Humanists to become chaplains and Emma Green at the Atlantic explores why that reality is so absurd:

[Army major Ray] Bradley thinks specificity is important, though; not all non-theistic religions belief systems are created equal. “When you say you’re a humanist, it’s your life system, belief system; it’s what drives you,” he said. “Being a humanist means as much to an individual as being a Christian or a Muslim.”

But he’s not convinced that atheists need their own chaplain. “I would fully agree that an atheist chaplain is an oxymoron,” he said. “A-[theism] is antithetical to the idea of chaplaincy.”

[Chaplain Alliance for Religious Liberty executive director Ron] Crews agreed. “I would question how an atheist chaplain could fulfill his duties,” he said. “The motto [of the Army chaplaincy] is ‘for God and country’ — how could an atheist fulfill that motto if by definition he does not believe in God?”

On the other hand, atheists also have counseling needs, and may be alienated by theistic language — this was one of the reasons why the Military Association of Atheists and Freethinkers was founded, said Jason Torpy, the president. With the rejection of Jason Heap’s application for the chaplaincy, “the Navy seems to be going on-record as ‘God-only,'” he added. “If that’s the case, it calls into question the whole institution.”

While atheists don’t need religious guidance, many would be served well by access to non-religious counselors who understand their mindset.

As MAAF has repeatedly made clear, evangelical Christians make up 18% of the military and 63% of the chaplaincy: 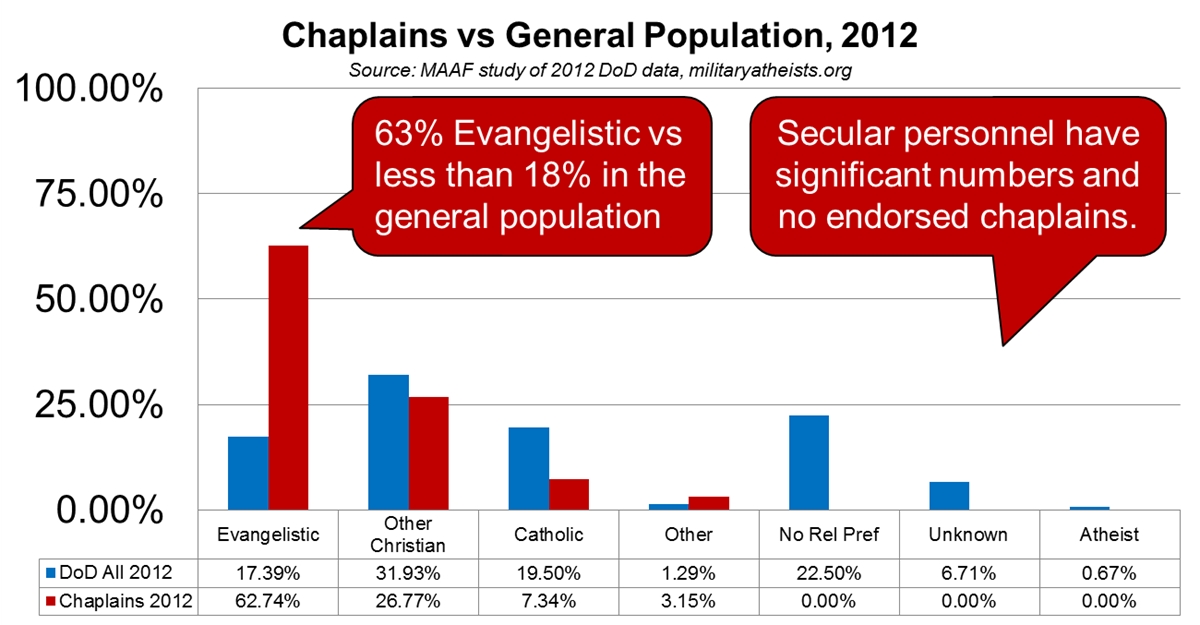 Meanwhile, of all non-Christian groups, atheists and agnostics are the largest minority, yet the other faith groups still have their own chaplains: 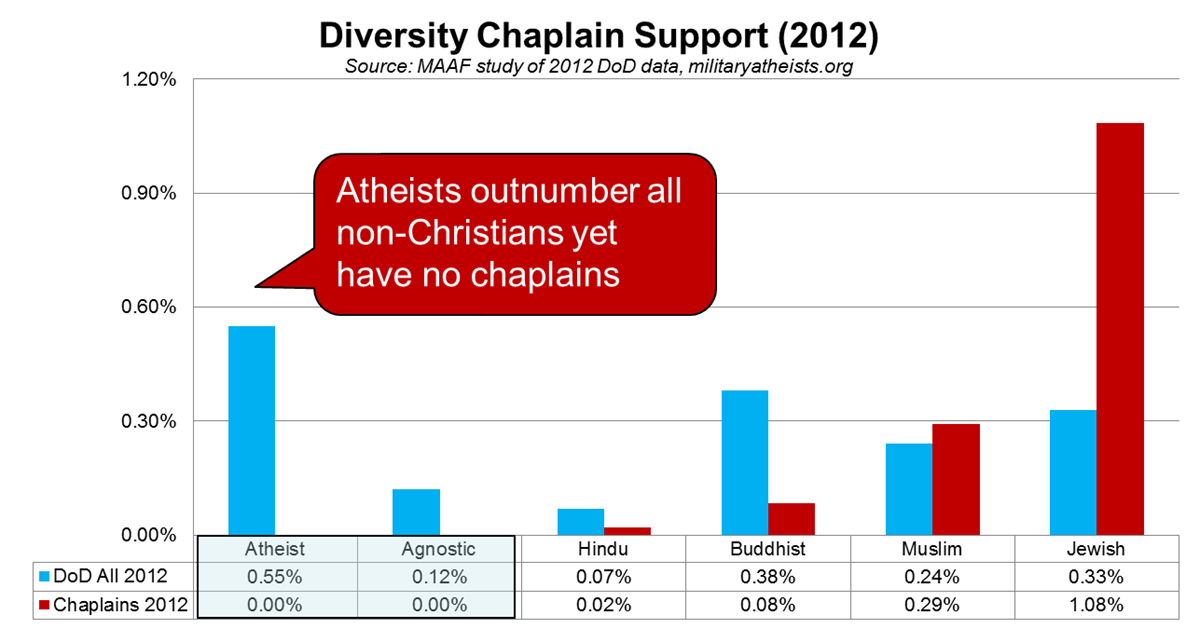 I’m convinced the only reason atheists don’t have chaplains right now is because that anti-atheist mindset — that there are no atheists in foxholes or that it would be un-American or unnecessary to provide atheists with chaplains — is still in full force. This should be a no-brainer.

In a time when politicians are already under fire for not providing enough help and support for our troops, this is just another way we’re falling short — and one of the easiest to fix.