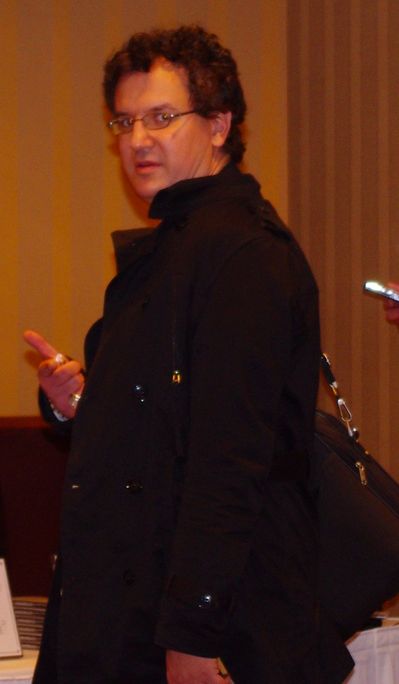 Markuze pled guilty to making the threats, spent months in drug/alcohol rehab, and received a suspended sentence of 18 months, during which he had to refrain from “participating in a social network, blog and discussion forum.”

And then, in November of 2012, Mabus was arrested again for violating those terms.

Yesterday, the 43-year-old once again pled guilty in a Montreal courthouse.

On Thursday, Markuze’s lawyer, Richard Bellefeuille, told [Quebec Court Judge Jean-Claude] Boyer that a psychiatrist who evaluated Markuze in February again attributed his actions to an abuse of cocaine and alcohol. The psychiatrist also noted that Markuze is being treated for a delusional disorder “which could explain his Internet activities.”

Bellefeuille also said that after Markuze was arrested by a member of the Montreal police he told the woman: “You bitch. The same thing will happen to you like what happened to the (World Trade Centre) twin towers in 9/11.”

We’ll have to wait another six months before his sentencing.

As I said before, I hope he gets the help he so desperately needs. I consider myself fortunate that online threats were the worst forms of harassment I received from him. It’s possible it could’ve been much worse.

May 30, 2014
Catholic Women Get Excommunicated After Ordination Attempt (but Pedophile Priests Remain in the Church)
Next Post

May 30, 2014 No, *This* is Why Southern Baptist Churches Are Losing Millennials
Browse Our Archives
What Are Your Thoughts?leave a comment