A Guide to the Sovereign Grace Ministries Scandal and the End of New Calvinism May 29, 2014 Hännah Ettinger

You may think this is just another Christian Sex Abuse Scandal™ and skip over the story altogether, but the fallout within Sovereign Grace Ministries is still having a ripple effect in large parts of the Christian world and it’s worth taking a closer look at what happened.

This most recent scandal had it all: Pastors covering up child abuse, protecting the predators, not informing parents of what was going on, and even forcing the children to hug their abusers and tell them they were forgiven (read the full and updated civil complaint here).

Just two weeks ago, Nathan Morales (below), one of the accused predators, was convicted in a criminal case relating to some of the crimes laid out in the civil case against SGM. The more eye-popping news, however, may have been that a pastor from the former flagship SGM church, Grant Layman, confessed under oath that he knew about Morales’ abuse of children yet never reported him to the authorities. 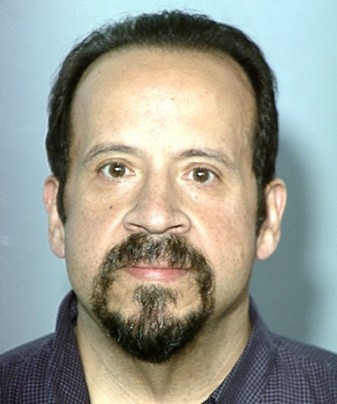 The fallout from this has been fascinating, but it’s all evangelical inside baseball and pretty confusing if you’re not familiar with that world. As someone who spent ten years in SGM and left shaking the dust from my feet, let me give you a SparkNotes version of the SGM “scandal” (though I hate, hate, hate that child abuse is simply called a “scandal”) and explain why this is the death knell for the movement of New Calvinism, a.k.a. the “Young, Restless, and Reformed.”

You’ll see pretty quickly why what’s happening to SGM is a warning shot across the bow of the pretty ship that is Mark Driscoll and his Mars Hill ministries. This is the stone that sets off the avalanche. This is the beginning of the end of New Calvinism (or the “Neo-Reformed” movement) as we know it.

First, a little history: After the Jesus Movement whisked young people out of their mainline denomination churches and into the fields of charismatic euphoria in the 1960s, it began to settle down into more organized church-like segments, and one of these groups in Florida started what’s known as the Shepherding (or Discipling) Movement. The Shepherding Movement premised itself on the assumption of total depravity, that your average churchgoer would be weak and prone to sin and therefore it was necessary for pastors to be intimately involved in monitoring their congregants’ lives, for the sake of “accountability.” (“Total depravity” is a phrase historically associated with Calvinism, though these pastors would not have subscribed to TULIP.) Total depravity doctrine plus undereducated pastors (once you’ve been “called” in a charismatic movement-influenced church, you don’t often go to seminary or through a season of discernment before you’re hanging a shingle and setting up your pulpit) plus top down authoritarian culture equaled an easy recipe for a cult. And while the Shepherding Movement’s original churches have all died out, the leaders of New Calvinism were all heavily influenced by their teachings — especially C.J. Mahaney (below). 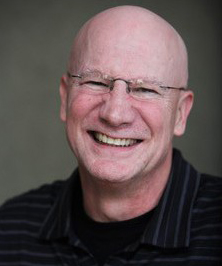 The problem with the Shepherding Movement influence on a generation of post-denominational Calvinist churches is that you have people in authority with too much power because they set up shop in a hurry during a emotional high of chasing “the Spirit.” The laissez-faire, trusting culture of post-denominational Jesus Movement Christians seems to have been a safe haven for a whole crop of sexual predators. And when those in authority are either predators themselves or cronies with them, you can see why the abuse often went unreported.

Not reporting child abuse makes no sense in the “normal” world, but in a church influenced by the Shepherding Movement, once you’re sucked into their cult culture logic, it makes perfect sense.

The New Calvinists are a pretty tangled network of mostly middle-class white dudes who tend to function as an old boys’ club. Total power corrupts and these guys have charm, bald heads, melodramatic preaching tics, and Calvinist guilt on their side. There’s a lot of money to be had in this pastoring business, and there are a lot of questions to be answered about the financial ethics of Mahaney and Mark Driscoll (and these are the only two I have stuff to link to on this subject, but I’m sure there’s more digging to be done).

I wish I could draw you a genealogy of the different branches of New Calvinism, but I’ll try to give you a flyby overview without letting you get too lost.

Mahaney was the co-founder of People of Destiny International (later Sovereign Grace Ministries). He pastored a church in the Washington, D.C. suburbs for around 30 years. Then, in 2004, he handed the church over to his mini-me, Christian teen relationship advice star, Josh Harris. Harris is the son of homeschool pioneer and Christian family life guru, Gregg Harris. 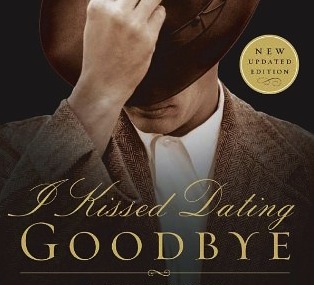 Mahaney and some other New Calvinist buddies started a conference called Together For the Gospel (T4G) in 2006. Joining him were: controversial Southern Baptist Theological Seminary President Al Mohler, Christian hedonist and Calvinist-leaning Baptist preacher John Piper, and Capitol Hill Baptist Church pastor and founder of the 9Marks ministry, Mark Dever. 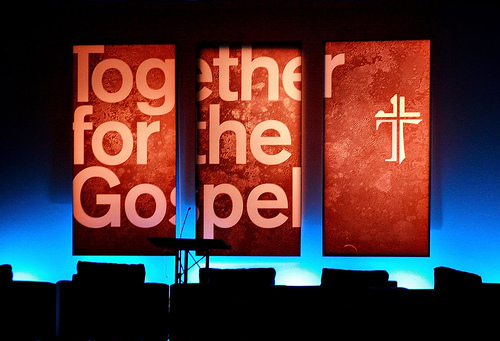 In 2007, conservative Presbyterian pastor Tim Keller and Don Carson of Trinity Evangelical Divinity School formed The Gospel Coalition, a conference and a council made up of representatives from every major faction of the Neo-Reformed movement. Piper, Mahaney, Mohler, Harris, and Driscoll were all members, as were Wayne Grudem (the pet theologian of the New Calvinists and editor of their preferred Bible translation, the ESV), and Ligon Duncan (Reformed Theological Seminary professor and president of that sexist theology powerhouse, Council on Biblical Manhood and Womanhood). The Gospel Coalition gathered within its borders a brood of bloggers, all talking about complementarianism, Calvinist theology, orthodoxy, transparency about sin, grace for the broken, etc. Highly popular among the New Calvinists, a TCG blog post has always been sure to stir up a lively discussion within the larger reformed community. And most of these men have also been published by Crossway Books, the publisher of the ESV translation of the Bible.

Somewhere between the time these two organizations started up, the movement of New Calvinism got a name and some notice for how much it had spread throughout American evangelicalism. Most of these leaders had been around and active in their various spheres for the last 30 years since the leadership from the Jesus Movement turned their churches over to them, but now they joined forces and became the fresh face of the American evangelical church.

Even the big leaders in the Christian homeschooling movement and the Reconstructionist theology circles shared a lot in common with the New Calvinists, especially their shared background in the Shepherding Movement. Names like Bill Gothard (patron saint of the Duggars), Douglas Wilson (betrothal expert and Reconstructionist theologian), Doug Phillips (Vision Forum founder and political conniver), and Michael Farris all overlap with these circles in many ways. These men have been linked to racists, are openly anti-gay, and are just plain extremist in their thinking.

This year, I’ve watched Bill Gothard resign after Recovering Grace documented stories of his sexual predation. I’ve watched Doug Phillips lose his ministry and his dignity as his alleged sexual abuse of the family nanny came to light. I’ve watched Michael Farris’ Patrick Henry College scramble to deal with their mishandling of sexual assault cases on the campus of what they claim is “God’s Harvard,” the alma mater of Josh Harris’ brothers (who wrote the book below) and many young adults from SGM churches.

And CJ Mahaney lost his church, a large chunk of his ministry, and his protégé, all because he won’t own up to his horrific abuse of pastoral power in not reporting child abuse in his church. His former friend and former leadership team member of SGM, Brent Detwiler, has been tracking Mahaney’s abuses of power (in all forms, from petty in-fighting to blackmail to obscene vacations to covering up sexual abuse) since 2011, when he first released a series of documents on the subject, which are well worth reading, though long.

Following the allegations and Mahaney taking what was supposed to be a “temporary leave of absence,” The Gospel Coalition team rallied around him, supporting him when SGM came back from a controversial internal investigation to declare him fit for ministry. The guys over at Together For the Gospel did likewise.

Which brings us back to Nathan Morales.

Now that Morales has been convicted for his sexual abuse of children in SGM and an SGM pastor has confessed under oath that he knew about the abuse and didn’t report it, people are paying attention.

The Gospel Coalition let Mahaney and Josh Harris step down, but they also booted off their blog network Tullian Tchividjian, grandson of Reverend Billy Graham (and brother of Boz Tchividjian, a professor at Liberty University and founder of G.R.A.C.E., a non-profit that investigates mishandling of abuse in Christian groups like Bob Jones University). TGC said it was over a theological disagreement, but it seems like that’s probably a load of bull.

People are tweeting about this, using the hashtag #IStandWithSGMVictims, and I suspect it won’t be long before we’re closing the books on SGM and CJ Mahaney like we did on Doug Phillips and Bill Gothard. But who’s next? The fringe of New Calvinism is unraveling, and the more it unravels, the uglier the underbelly looks.

The old boys’ club can circle the wagons all they like, but the new face of American evangelicalism seems to be the post-church Millennials, who talk about spiritual abuse, healing, and use trigger warnings and intersectional feminist lingo in their writing and teaching.

Mark Driscoll had better watch out because they’re coming for him next.

May 29, 2014
Once Again, Judges Throw Out Atheists' Lawsuit That Would Have Removed 'In God We Trust' from U.S. Currency
Next Post