What Happened to the NFL Prospect Who Ditched the Scouting Combine Because God Told Him To? May 28, 2014 Hemant Mehta

What Happened to the NFL Prospect Who Ditched the Scouting Combine Because God Told Him To?

Remember Adam Muema? He’s the running back from San Diego State University who ditched the NFL’s Scouting Combine because he said God told him he would be drafted by the Seattle Seahawks if he left early: 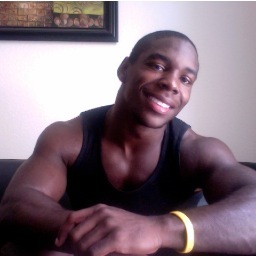 Not only was he not drafted by the Seahawks, he wasn’t drafted at all.

Kevin Van Valkenburg, writing for ESPN The Magazine, attempted to get in touch with Muema after he left the Combine — and the full story about Muema’s whereabouts tell a much more disturbing story, including the mention of a self-proclaimed modern-day Christ named Lord RayEl.

… After I told him I’d watched the YouTube clip he sent me of Lord RayEl warning his followers about the temptations of Satan, Muema said he would consider meeting me somewhere.

When he didn’t show at his pro day, I tried again.

Saw you weren’t at pro day. Want to meet up somewhere for lunch and chat?

A few minutes later, he wrote back.

Minutes later, Muema posted a picture on his Twitter account. He was wearing a San Diego State ski hat, a blanket draped around his shoulders and Groucho Marx glasses.

I hope this pics makes one of my articles. Caption: “I heard you were looking for me.”

Was this all just a game to him? Was Muema just sick of football defining his existence and needing to have some fun with those who couldn’t understand? I texted again.

The picture was funny, all things considered.

He wrote back immediately.

It’s pretty hilarious to me as well hahaha. I planned it a while ago.

I wondered whether it might be the last response I’d ever get from Muema. Instead, it was just the beginning.

Really fascinating story. And we still don’t know what’s going on in Muema’s mind, whether he’s really been brainwashed by this supposed prophet or whether he’s just playing a weird sort of game.

Either way, his NFL career appears to have ended before it ever began.

May 28, 2014
New York Teacher Tells Atheist Student She’s Unpatriotic and Disrespectful for Refusing to Stand for the Pledge
Next Post

May 28, 2014 This is What Happens When Headline Writers Don't Know Their Statistics
Browse Our Archives
What Are Your Thoughts?leave a comment