Massachusetts State Rep Complains About Family That Sued Over the Pledge of Allegiance May 28, 2014 Hemant Mehta

Massachusetts State Representative Alan Silvia (below) wrote an opinion piece for a local paper in which he derides a local family for filing a lawsuit over the recitation of the Pledge of Allegiance (a case they lost earlier this month). 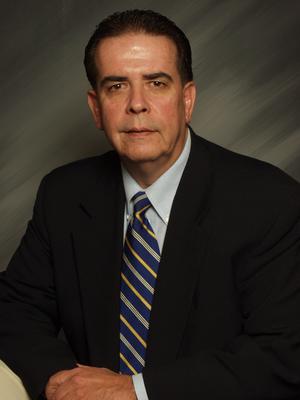 In the piece, which shows how ignorant of the law Silvia is, he makes all sort of claims that have no basis in reality:

If they had won this lawsuit, either the words “under God” would be eliminated or the practice of reciting the Pledge of Allegiance would be banned as unconstitutional. This would deprive all of us who are proud of our country from the experience of reciting those patriotic and familiar words. When the ramification of that act occurs it rattles the b’Jesus in me.

Actually, if they has won the lawsuit, the Pledge would simply not be a part of morning rituals at public schools across the state. Any student who wanted to would have every right to still say it. Much like they can still pray even thought formal Christian prayers are no longer a part of the school day.

Silvia also suggested the Pledge become a requirement, whatever that means:

Perhaps we should demand that the Pledge be recited before every meeting, to remind officials that they are gathered for the common good and not their own agendas. God knows we sometimes need help with that. We should also make it a requirement in our public schools, not an option.

Seriously, what does that mean? That students would be forced to stand and say the Pledge? That’s blatantly unconstitutional. If he’s saying that all schools must be forced to say it over the loudspeakers every day, it’s still optional for students to recite it, nullifying his whole idea.

Reciting those words might help our children understand what’s right and good about America and help them make better choices and decisions.

There’s nothing in the Pledge that teaches you right from wrong or guides your ethics. Hell, if anything, it’s hypocritical, suggesting we have “liberty and justice for all” in our country when racial minorities and LGBT Americans in many states will tell you they don’t have full equality.

If you want to help students make better decisions, then let them get back to work instead of wasting time with a ritual that’s meaningless for most of them.

As we honor our veterans, their families and their sacrifice, remember that we live in the greatest democracy in the world. Our American Flag is not just a symbol, nor is the Pledge of Allegiance just words.

We have very different ideas of what the “greatest democracy in the world” looks like. When we’re putting up obstacles to stop people from voting and infusing crazy amounts of money into the political process, our democracy is actually pretty shitty compared to how some other countries work.

And his last statement there isn’t a fact at all. For me, the flag is only a symbol and the Pledge is just a collection of words. You can create whatever meaning you want from all that, but for some of us, respecting our country doesn’t involve rote recitation of a pledge. It means working to fully ensure the idea of liberty and justice for all, not just uttering those words.

The family in Acton is doing far more to uphold our Constitution than Silvia is.

May 28, 2014
The Man Who Was Nearly Lt. Governor of Virginia Thinks Church/State Separation Groups Are Agents of "Demonic Power"
Next Post