Pakistani Assassins Kill U.S. Doctor In Front of His Wife and Toddler Son… for Being the “Wrong” Kind of Muslim May 27, 2014 Terry Firma

Pakistani Assassins Kill U.S. Doctor In Front of His Wife and Toddler Son… for Being the “Wrong” Kind of Muslim

… regularly visited Pakistan, bringing with him medical equipment and supplies he collected in charity drives in the U.S., said his childhood friend Sultan Mubashir. 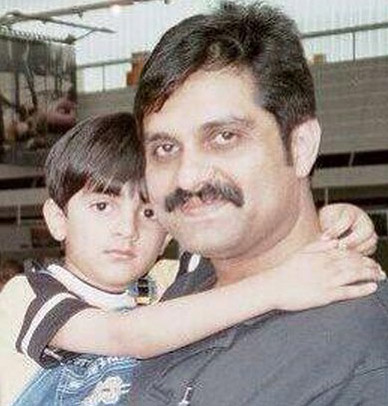 On Saturday, he arrived in Pakistan for a week’s worth of volunteer work at a heart clinic. But the simple fact that Qamar belongs to the minority Ahmadiyya religious community meant that, in Pakistan, there was a kind of divine price on his head. Even though Ahmadis think of themselves as Muslims, they are heretics to many other followers of Allah. And so, yesterday,

… around 5 a.m. in the town of Chenab Nagar in the Punjab province …, two gunmen on motorcycles allegedly shot him 11 times, police official Tariq Warraich said. …

Dr. Qamar is survived by his wife and three sons. His wife, his wife’s cousin, and his youngest son, 2 years old, were walking with him when he was killed, said police and community members.

Ninety percent of our patients at the hospital aren’t Ahmadis. He didn’t care about your faith, he just wanted to help.

The violence against Ahmadis is fanned by government rhetoric — and legislation to match. In 1974, Pakistan adopted a constitutional amendment that made millions of Ahmadis officially non-Muslims. Ten years later, a law, still in effect, prohibited Ahmadis from calling themselves Muslims, and from proselytizing.

We have seen before where this leads.

Pakistan’s Ahmadis have suffered frequent discrimination and violent attacks by Islamist radicals. Earlier this month, a 65-year-old Ahmadi man, accused of blasphemy, was murdered in police custody by an attacker who managed to enter the station. In 2010, at least 80 people were killed when militants stormed two Ahmadi mosques in the eastern Pakistani city of Lahore.

And that’s just for not practicing religion the “right way.” Imagine what these people can do if they discover you think God isn’t real. Here‘s the beginning of a hint.

And here, via Twitter, are a couple of reactions to Dr. Qamar’s murder from “real” Muslims. 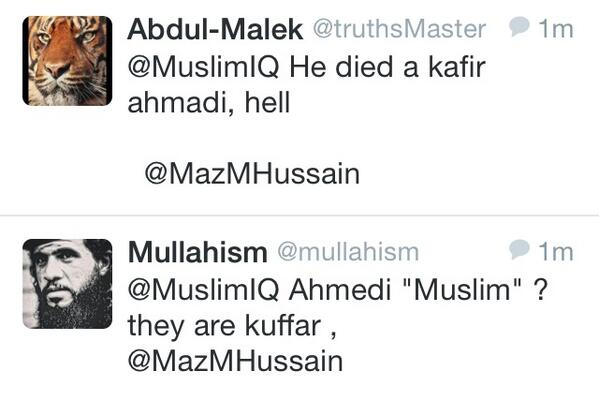 Kafir and kuffar both mean “infidel.” The kind you can mock, persecute, and kill with impunity, it seems.

May 27, 2014
Omaha Radio Host Says Atheists Should "Shut Up" About Local Mayor's Comments. Later, He Agrees with Them
Next Post