Take a look at this unforgivable affront to decency. 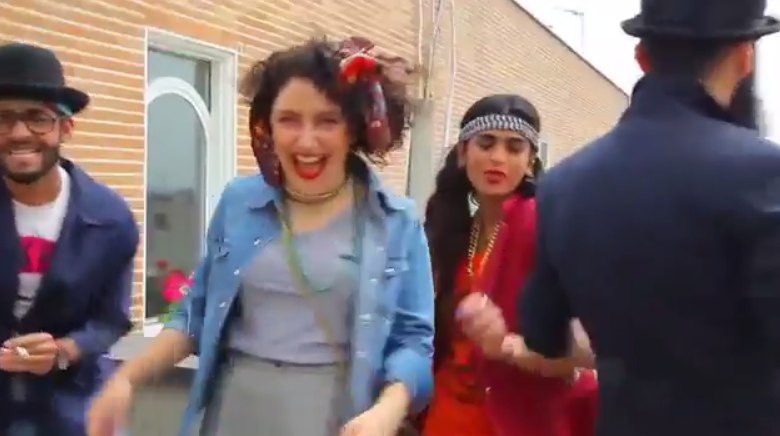 The dancers in that video were nabbed by Iranian cops… and made to grovel on national TV.

[S]ix young Iranians were arrested and forced to repent on state television Tuesday for the grievous offense of proclaiming themselves to be “Happy in Tehran,” in a homemade music video they posted on YouTube last month.

By uploading their video, recorded on an iPhone and promoted on Facebook and Instagram, the group was taking part in a global online phenomenon, which has resulted, so far, in hundreds of cover versions of the Pharrell Williams song “Happy” recorded in more than 140 countries.

“Happy in Tehran” was viewed more than 165,000 times on YouTube before it attracted the attention of the police and was made private.

According to a source for IranWire, this is how the arrests went down:

“All of the young producers received phone calls informing them that a friend had suffered a car accident and required their help. When they arrived at the address they had been given over the phone, security forces were waiting to arrest them.”

Security forces have also allegedly threatened the families of those arrested that if they speak to any media about the detentions, their children will not be released.

Tehran’s tone-deaf police chief called the Iranian YouTube video “a vulgar clip which hurt public chastity,” apparently not realizing that the crackdown reflects much more poorly on his fundie theocracy than a thousand dance videos could.

May 21, 2014
National World War II Memorial May Soon Include a Plaque Honoring God
Next Post