Christian Artist Jack Chick Warned Us About Dungeons & Dragons… and His Fear is Now the Basis for a Hilarious Film May 21, 2014 Hemant Mehta

In 1984, Jack Chick wrote another one of his obnoxious tracts where the Christians are good and the non-Christians are evil and all paths not leading directly to Christ are to be avoided at all costs. This particular tract was about the horrors of Dungeons & Dragons: 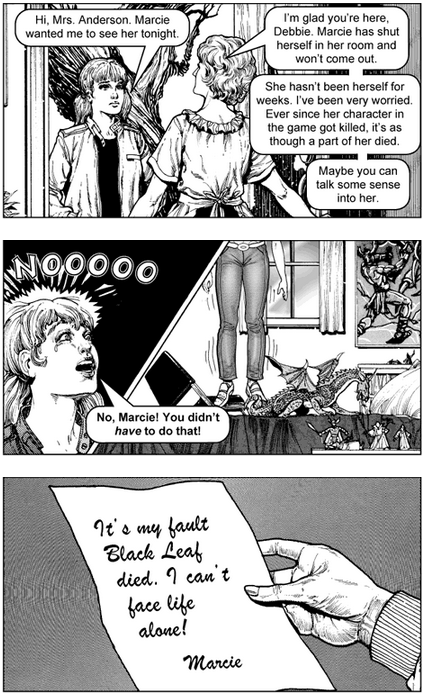 Yep, that’s what the game will do to you…

Zombie Orpheus Entertainment is turning the tract into what looks like a really awful Christian movie called Dark Dungeons. To be clear, it’s not actually a Christian movie. It’s more like what atheists would create if they were trying to turn Chick’s work into a really shitty Christian movie. So it’s not quite parody, but it’s not altogether serious either.

No matter. After you see the just-released long trailer for the film, you’ll want to see this movie, too:

Side note: This movie got its funding on Kickstarter, where it doubled its initial goal of raising $12,500. You can read more about the film’s creation at Wired.

(Portions of this article were posted earlier. Thanks to Tim for the link)