You Can Now “Adopt a Priest” on This French Website May 20, 2014 Hemant Mehta

You Can Now “Adopt a Priest” on This French Website

Given the level of scandal in the Catholic Church, you’d think parading priests around as meat for any reason would raise all sorts of red flags… until you remember that if the Church had any red flags, it wouldn’t be in this mess.

Six dioceses in Normandy, France have banded together in an effort to raise funds for their leaders (because, you know, the Church has no money) by allowing visitors to “adopt” a priest and donate money for things like food and clothes. While the “priests” on the site are actors, the items you buy support the real priests in those churches.

The site is a parody of an actual French dating site and the goal here is to make lifelong Church donors out of young people amused enough by this site to give anything at all.

What if that priest you like is a little too pricey to support? Don’t worry; you can buy retired priests like this one for half-off: 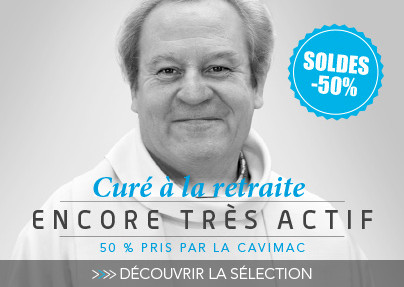 I’ll give them some points for having a sense of humor about this, but I just got a creepy vibe from the whole thing… anyway, here’s a question: Can a gay couple adopt a priest? Because that would be kind of hilarious.

(Thanks to Tristan for his help)