Rabbi Who Advocated Murder of Government Officials (and Encouraged His 6-Year-Old Son to Kill) Regrets His Words May 19, 2014 Terry Firma

Mindboggling bloodlust from a man of God: 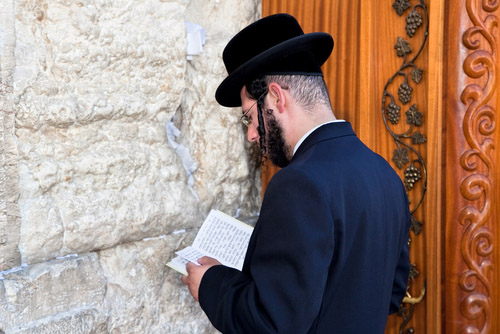 A rabbi at the prestigious haredi Mir Yeshiva in Jerusalem told students recently that the government is comparable to the Jewish people’s ancient enemy the Amalekites and that government officials should in theory be killed.

In March, Rabbi Nissan Kaplan was discussing the special Bible reading relating to the Amalekites and noted that Rabbi Aharon Leib Shteinman, the leader of the non-hassidic haredi (ultra-Orthodox) world, had said that the current government should be considered to be Amalekites.

“On Shabbat I spoke to my kids, and I said that Rabbi Shteinman spoke and said ‘practically speaking we have today Haman, Amalek, all of this government, and the way is to take knives and to kill them, like with the [ancient] Greeks,’” Kaplan said. …

Next, Kaplan didn’t hesitate to teach his offspring the joy of killing for the YHWH.

My kid, six years old, tells me, ‘We don’t have swords in the house, maybe a hammer is also good?’ I was very happy, I gave him a kiss,” Kaplan said.

Now Kaplan has withdrawn his remarks.

Asked how he could say such things if he did not believe them, Kaplan said that “It is hard for me to answer, I really don’t know,” and suggested that he had been carried away joking with his students.

Yeah, that kind of comedy kills.

May 19, 2014
New Survey Says Being an Atheist is the Most Negative Trait for a Presidential Candidate
Next Post

May 20, 2014 Florida Republican: Common Core Will Turn Your Children Gay
Browse Our Archives
What Are Your Thoughts?leave a comment