Ken Ham Is Furious That My Book Will Be Handed Out to High School Students in Kentucky May 19, 2014 Hemant Mehta

Uh-oh. Either Creationist Ken Ham reads my site regularly, or his Google Alerts found me. Either way, he’s not happy that the Tri-State Freethinkers are giving away copies of my book The Young Atheist’s Survival Guide on the last day of classes in the Boone County school system in Kentucky. 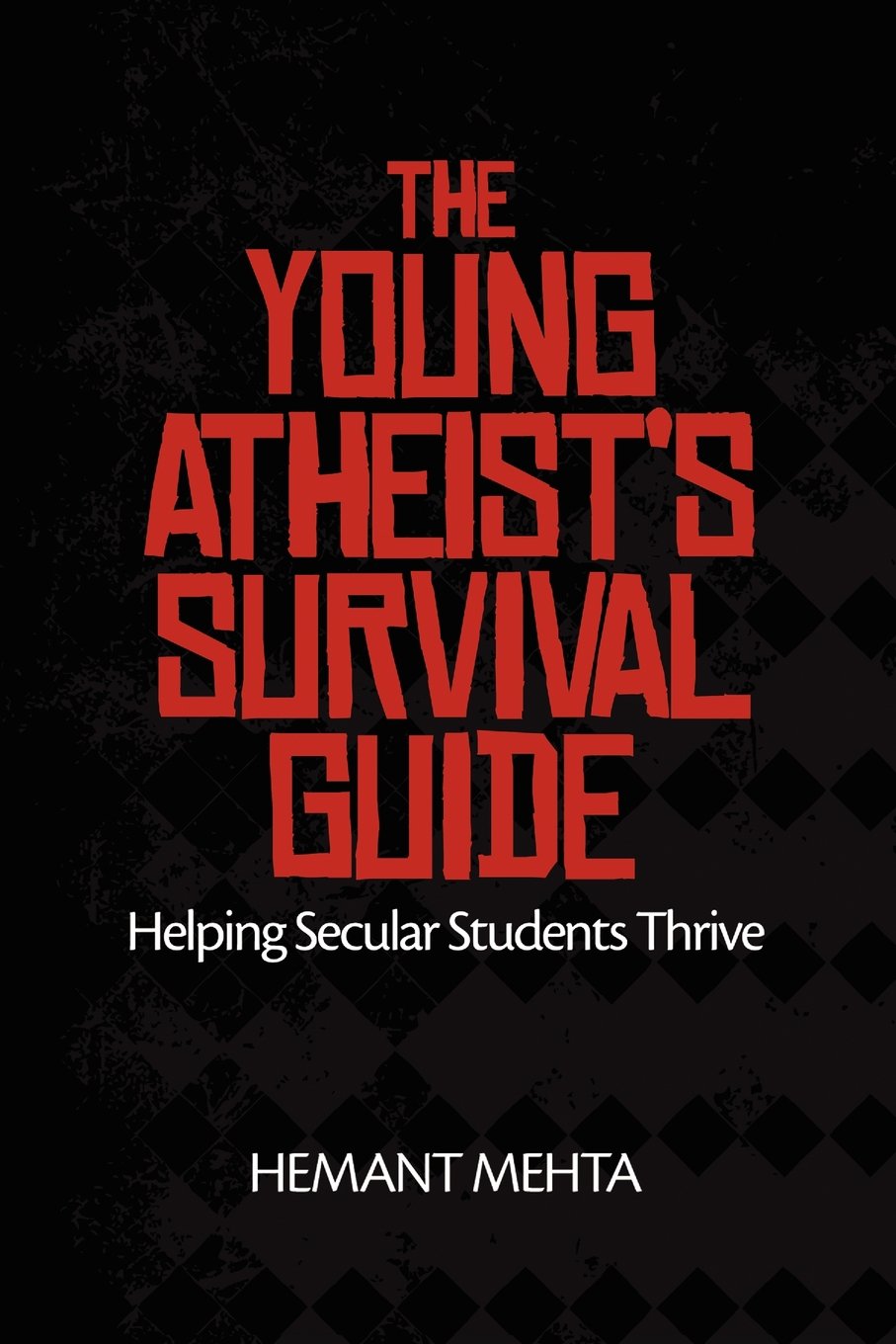 Since Ham hasn’t read my book — it’s not anti-Christian at all and simply explains to all audiences how they can help young atheists — he has to resort to quoting excerpts from my blog that criticize his beliefs (without linking to them because FSM-forbid his readers make up their own minds about what I write). Still, thanks, Ken, for giving my critiques a new audience!

Mehta is also obsessed with attacking Answers in Genesis. He has made numerous derogatory comments about me such as the following:

Creating a child-friendly version of Noah’s Ark with the intention of convincing kids the story is true is detestable. Instead of opening kids’ minds with science, Ark Encounter is attempting to turn them against evidence in favor of faith. It seems like Ken Ham just wants to take children’s minds, minds that are malleable and easily persuaded, and warp them before they’re old enough to know better. He’s like a Christian version of Joe Camel.

Well, one reason I presented the quotes from the author above is that his book the students will receive (if they want one) is made in a supposed effort to make atheists out to be “friendly” people, who are just wanting what they consider to be the “best” for the culture. However, if after reading this book from a “friendly” atheist, students who go to atheist blogs and websites such as the author’s will often read blasphemous statements and ad hominem attacks that are rife through atheist writings.

OH NO! My book makes it sound like atheists are kind, decent human beings. NOOOOOOOOOO!

(Seriously, why is “friendly” in quotation marks? Does Ham believe atheists aren’t capable of being nice people?)

Anyway, Ham appears to think “friendly” is synonymous with “people who agree with him.” Nope. Turns out you don’t have to be an asshole to say his beliefs are harmful to children, bad for society, and anti-scientific.

I don’t need to resort to blasphemy (whatever he thinks that means) or ad hominem attacks to make Ham look ignorant. All I have to do is quote him verbatim. His own statements make him look foolish enough. Same goes for the Creation Museum: You don’t need to write a review trashing the place. All you have to do is show pictures of the exhibits and educated people laugh at how comical the whole place is.

As for the book distribution, there’s no hidden agenda. The Gideons are allowed to distribute copies of the Bible through the public schools, so the atheists are taking advantage of the same opportunity. If Ham doesn’t like it, all he has to do is persuade the Gideons to go away. He knows he can’t do that, because he wants the Bible in the hands of students. But that means he has no choice but to support the atheists’ book distribution as well — and he does so with great reluctance:

Certainly there is freedom of religion in this country, so atheists are free to hand out their religious books to students. However, parents and students need to be warned that the ultimate motive of these secularists is to eliminate Christianity from people’s thinking. Their message is a negative one — and it’s ultimately one of hopelessness and purposelessness.

Yes, let’s warn parents that not everyone thinks the same way. They’ll be shocked to learn that one.

And I take issue with that last sentence. The atheist message isn’t negative at all. It’s a beautiful thing to cast aside your faith because you found beauty in reality. It’s powerful to learn that we’re alive today through the process of evolution over billions of years and that we have overcome incredible, mind-boggling odds to make it to this point. It’s motivating that, since we won’t be around forever, we have to make the most of the life we have. It’s inspiring to me that I get to create my own purpose in life.

Only someone who has no desire to learn what it means to be an atheist would make those kinds of accusations.

Next time I see Ken Ham, I’ll be sure to give him a copy of my book. Maybe then he’ll actually sit down, read it, and learn something.

May 19, 2014
A Compilation of Christopher Hitchens' Best Comebacks
Next Post

May 19, 2014 Young Girl's Life Could Be Saved with Chemotherapy, but Her Parents Prefer a Faith-Based Alternative
Browse Our Archives
What Are Your Thoughts?leave a comment