Atheist Political Action Committee Endorses Another Round of Candidates… and Cue the Crickets May 16, 2014 Hemant Mehta

Last September, the Freethought Equality Fund was created with a mandate to back candidates who support church/state separation and the atheist community at large. 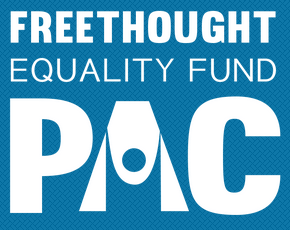 In December, they released a list of their first six endorsements — and it doesn’t appear to have hurt any of the candidates, which is a positive sign!

Earlier this week, FEF released its latest slate of candidate endorsements. It includes people like Daniel Moran (running for Texas State House), Rep. Juan Mendez (running for another term in the Arizona State House), and James Woods (running for the U.S. House from Arizona). All three of them are openly atheistic. Altogether, there are 15 candidates on the list.

This week, I tried to look for signs that the endorsements had any sort of impact… but I heard nothing. No articles about the FEF’s selections, no coverage of the candidates’ reactions to the support. Nothing. It appears that the PAC’s endorsements haven’t had any meaningful impact… which is a huge problem, because what’s the point of a PAC if it doesn’t have any influence on an election?

I have two theories about why the FEF hasn’t had the impact I really want it to have:

While anyone can donate to individual candidates on the slate via the FEF, there hasn’t been a significant (or even insignificant) donation made to any of them by the FEF. A multi-candidate PAC can give up to $5,000 per person, but that hasn’t happened yet. Not even close. If it did happen, I strongly believe the headlines would follow. What reporter could avoid writing a story with the title “Atheist PAC Gives $5,000 to Texas Democrat”? Clickbait galore.

FEF made it clear when it formed that it would support candidates who fought for church/state separation, even if those candidates were religious themselves. As a voter, I’m fine with that — I’ve voted for progressive theists since I was 18. But I wonder if the PAC would have more of an impact if it limited its support only to those politicians who were willing to admit they were non-religious. Right now, it’s backing politicians who may indeed be non-religious, but who want to keep that information from getting out.

There’s (really) no shortage of fine candidates who firmly support church/state separation, so why is FEF getting behind this particular slate? One of the endorsements went to Lee Rogers (running for U.S. House from California) simply because the current seat-holder, now retiring, is anti-church/state separation. I’m sure Rogers would be a great representative, but if the best thing you can say about him is that his opponent’s awful, that’s not a promising sign. Another candidate, Shenna Bellows (running for U.S. Senate from Maine), has a strong record of fighting for First Amendment issues… but that hardly makes her stand out to an audience of atheists.

If FEF wants to have a stronger impact, it might be able to do more by doing less. Support fewer candidates, announce their non-theism from the rooftops, and raise enough money for them to get the attention of local reporters.

The worst that could happen is… silence. But, unfortunately, that’s not much of a stretch from what’s happening right now.

May 16, 2014
Looks Like We'll See Jesus and the Flying Spaghetti Monster in the Florida Capitol Again This Winter
Next Post