Seven Ways to Answer When the Religious Tell You That Atheists Are Only Defined By What We’re Against May 15, 2014 Terry Firma

Sometimes it’s a honest expression of puzzlement. Often, it’s a deliberate provocation, a cheap way to try to rile a non-believer.

I’m talking about a line I’ve heard from believers (and some apatheists) at least a dozen times:

“For an atheist, you sure care a lot about religion.”

Sometimes that’s followed by the grizzled canard that atheism is itself a religion (to which the best answer probably is “Yeah, just like ‘off’ is a TV channel”); or there’s some premature Schadenfreude and nose-thumbing about how atheists are unable to ban religion from their lives because we are supposedly defined by our opposition to it. 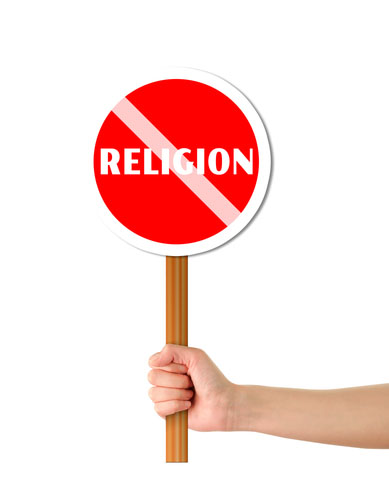 Over at Camels With Hammers, philosopher/blogger Daniel Fincke carefully unpacks that criticism and shows it to be lazy and illogical. His essay runs to almost 3,800 words, but I’ll give you the Cliff Notes version in seven quotes that stood out for me.

That’s the gist of it. For Fincke’s remaining 3,300 words of rebuttal, click here, or add your own in the comments.

May 15, 2014
Pastor Featured in the Movie "Fight Church" Accused of Sexual Abuse
Next Post